Adobe announced on Tuesday the big news to come for its main software. On the program, expression modification, aging or sky modification in Photoshop, as well as automatic subtitles in Adobe Premiere Pro. 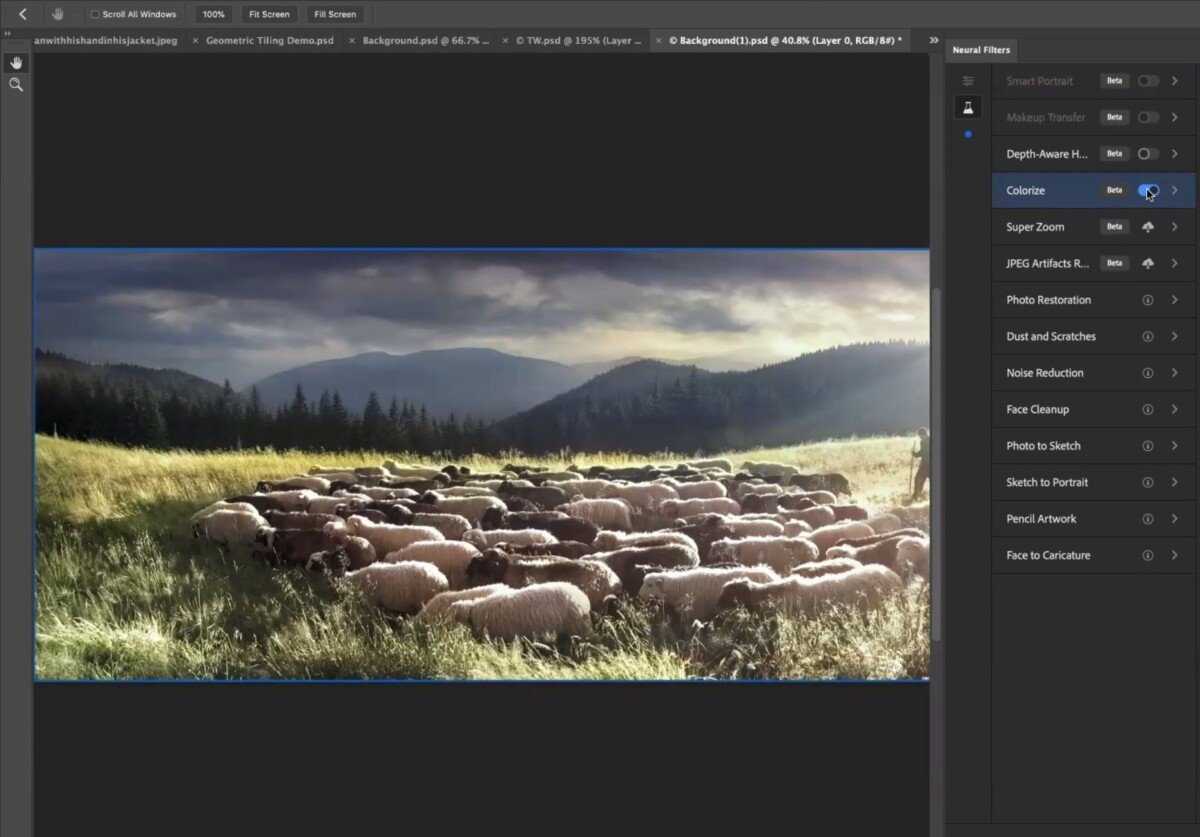 The colorization of black and white images arrives in Photoshop // Gamesdone: Adobe

This Tuesday, like every year, Adobe is launching its big annual event: the Adobe Max conference. The opportunity for the software publisher to unveil many features for its main solutions, whether Photoshop, Premiere Pro, Lightroom or After Effects.

Unlike previous editions, the conference is being held this year only online, due to the Covid-19 epidemic. However, this did not prevent Adobe from unveiling its main novelties at the opening conference of its annual raout.

As with every edition in recent years, the most impressive announcements of the conference are those related to Sensei, the artificial intelligence engine from Adobe, used throughout its Creative Cloud suite. This is notably the case with Adobe Premiere Pro, which will allow the integration of automatic subtitles by language recognition. 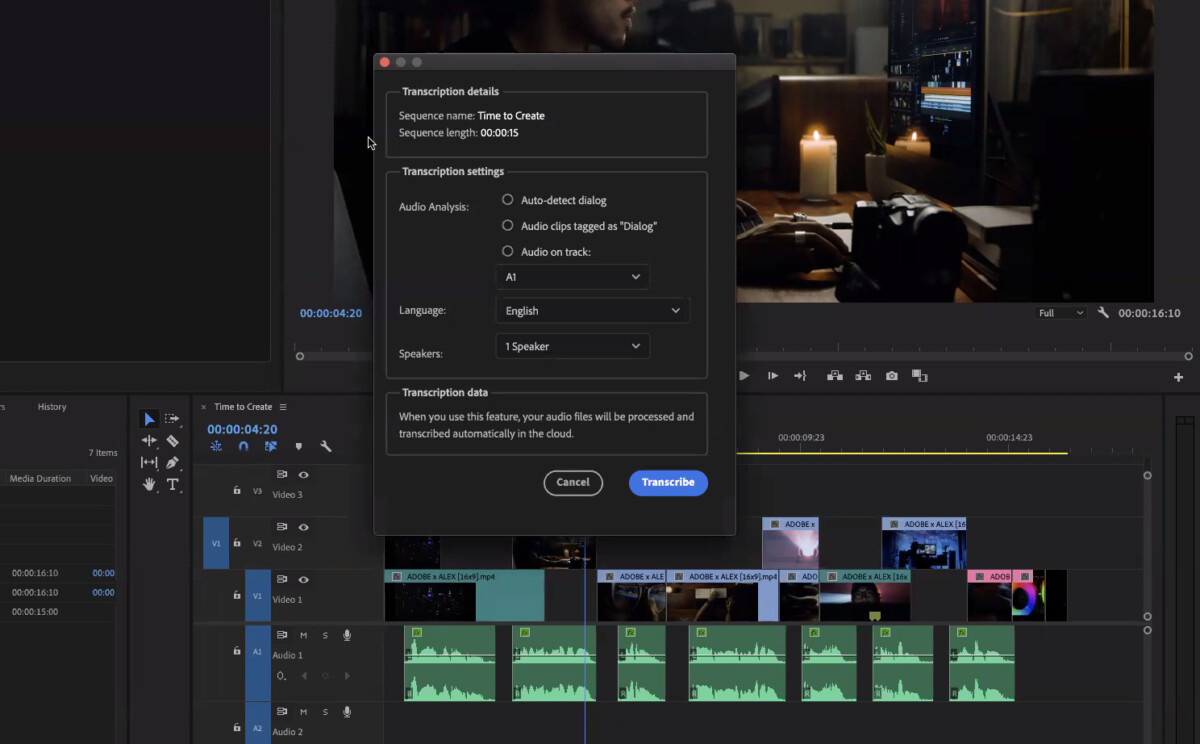 Thus, when editing a video, it will be possible to select an option so that the subtitles are automatically added according to the words spoken. They can then be modified, edited and moved to the timeline. Adobe also allows the export of these subtitles in .srt format. This feature is coming now as a public beta.

Aging and Change of Expression in Photoshop

More impressive still, Photoshop adds some face editing features thanks to Adobe Sensei. This feature, integrated in the form of filters in the “neural filters” part will allow you to change the orientation of someone’s head, to modify their expression or their age, like on FaceApp, or to automatically color a black image and White. What to offer a retouching system by artificial intelligence quite accessible for everyone. 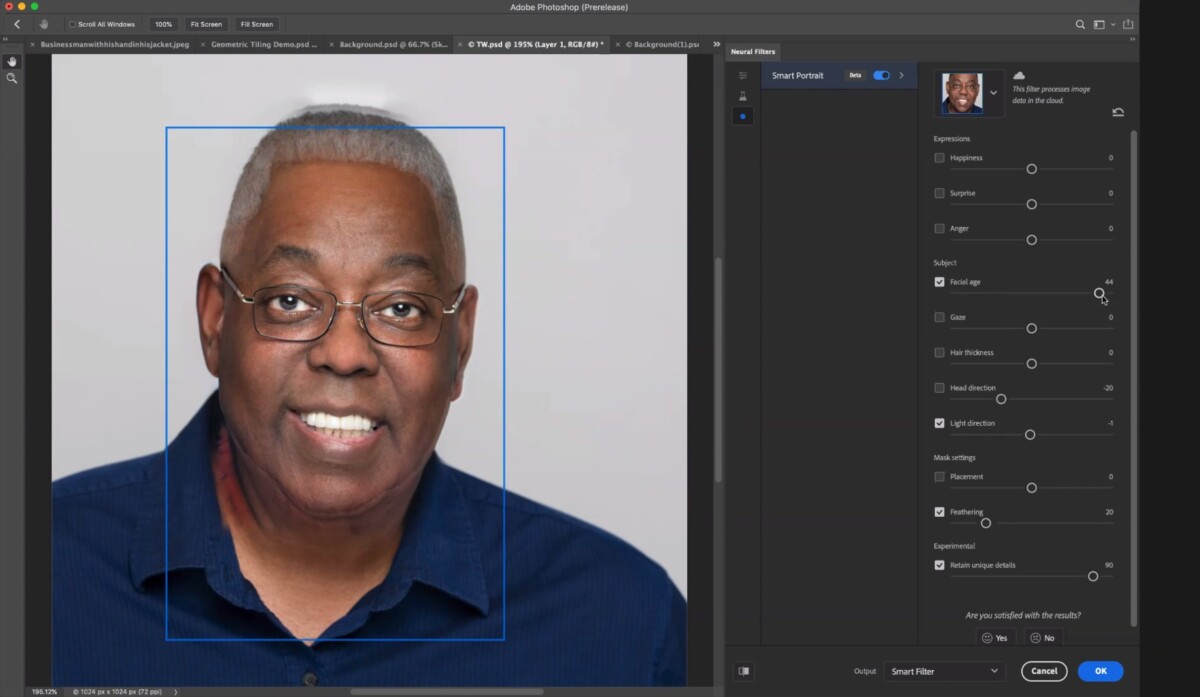 Still concerning Photoshop on PC, a new option, still based on artificial intelligence, this time takes care of the sky in the photos. For photographers who are not satisfied with a sky that is too flat or too blue, it will be possible to modify it using the “edit” menu, then “replace the sky”. A sky library is then offered to the user who can replace it very simply.

A feature that Adobe is not the first to offer, since Xiaomi already provides a solution of this kind in its smartphones. With Photoshop, the system is nevertheless more complete, since the sky is a layer that it is possible to modify or move. The color of the sky is also involved in the other elements of the photo. 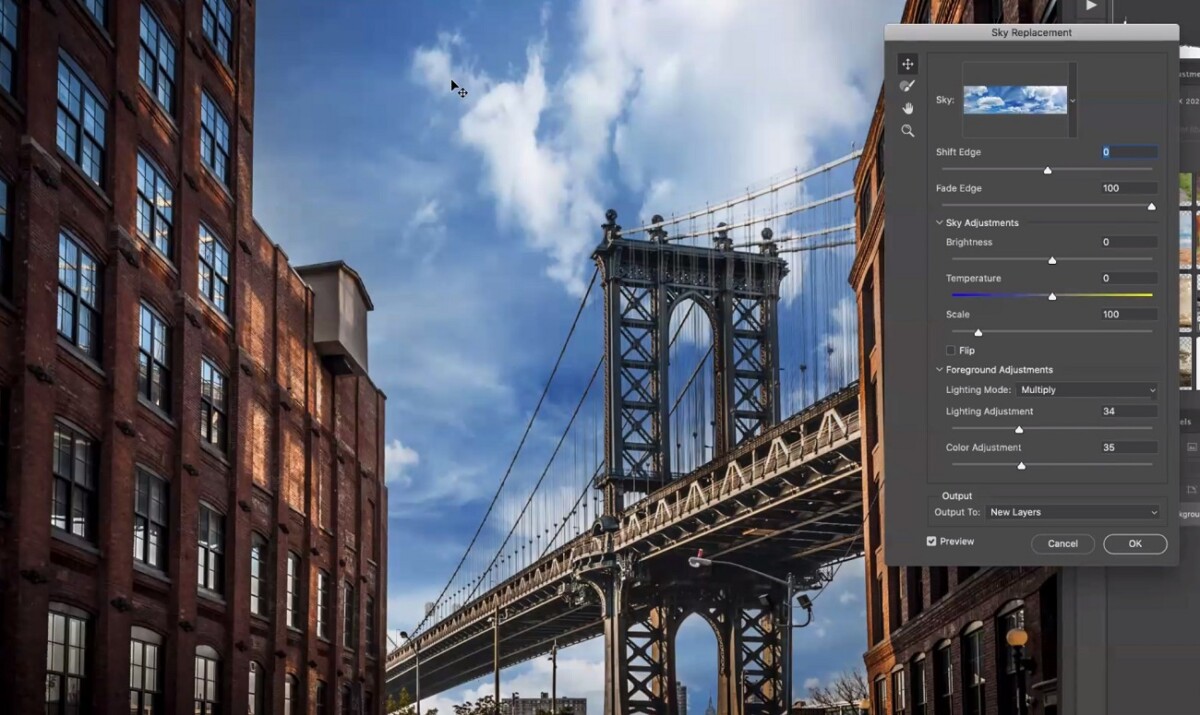 Other new features include the arrival of a new grading system in Photoshop’s Lightroom and Camera RAW, now disk-based for shadows, highlights, and midtones. A streaming function will be introduced in Photoshop on iPad, to directly share the stream from your screen and camera to Adobe.com. Illustrator is also coming to the Apple tablet in version 1.0, while the iPhone in turn welcomes Fresco, Adobe’s drawing application, after Windows laptops and iPads.

Adobe also announced that its various software, including Lightroom and Photoshop, will be available from the launch of the first Macs running ARM.

Aware of the proliferation of retouched photos, sometimes with the aim of falsifying information or propagating fake news, Adobe also announced the launch of a new program, called the Content Authenticity Initiative. Concretely, it will allow Photoshop to authenticate the photos used in its program and to be able to discover if they have been edited in the software. To know if a photo is authentic, it will suffice for Internet users of the submit to a dedicated website.