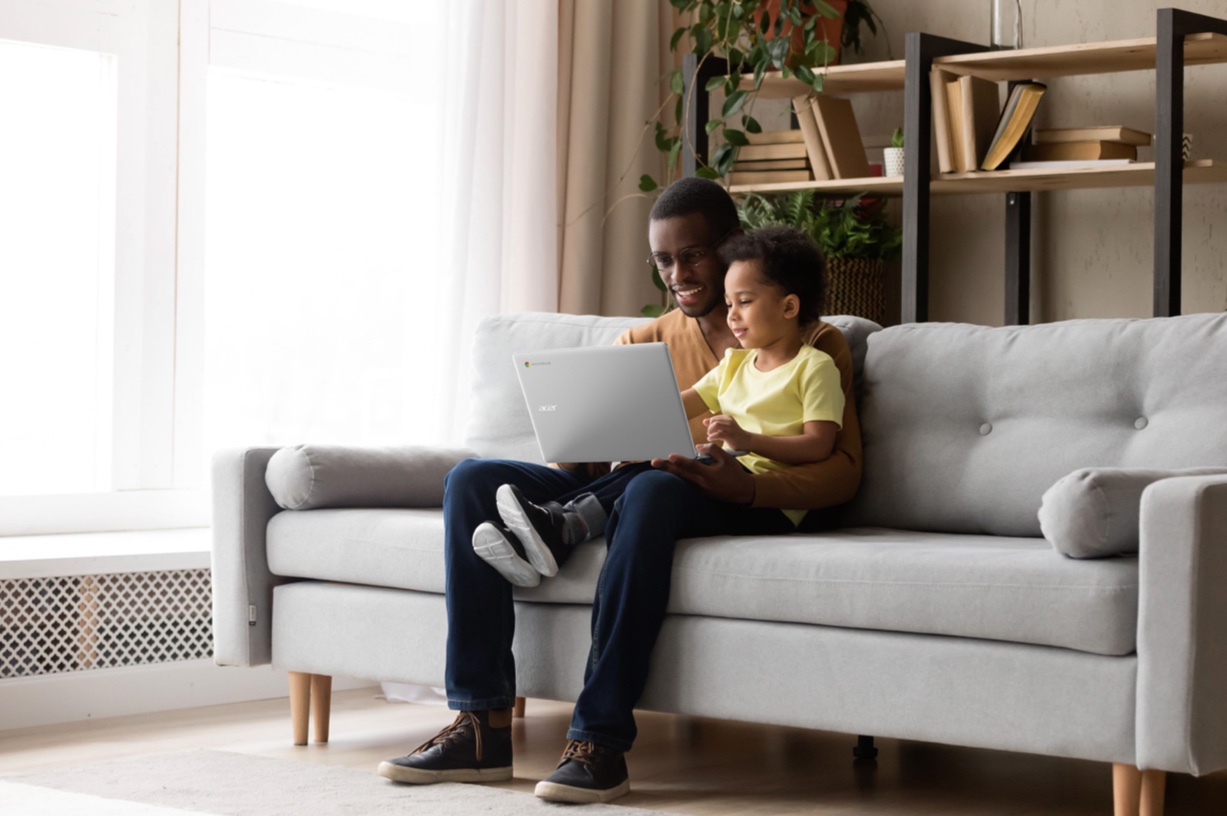 Acer held its annual Next @ Acer conference on May 27th. The opportunity for the group to virtually present a slew of new products including four new Chromebooks to complete its ranges and continue to consolidate its position in a market which is also benefiting from a significant increase following the pandemic. Here we are with the new Acer Chromebook 314, 317, 514 and Spin 713. Presentation.

The club of four …

Let’s start with the most affordable model in the litter. With its Chromebook 314, Acer is targeting students by presenting us with a clean machine on it and relatively well equipped despite a really affordable price. Expected in August from 329 euros, it includes a 14-inch Full HD IPS screen (optional touch) and an eight-core MediaTek MT8183 SoC.

Acer promises a compact chassis and a weight of 1.5 kg, and also highlights rather thin borders for the screen (7.3 mm). We can also count on a copious autonomy, estimated at 15 hours. Attention on the other hand to the brief connection, mainly focused on a USB-C port and a USB-A input.

For its part, the Acer Chromebook 317 has the first particularity of carrying a 17.3-inch Full HD IPS panel. A first for this product category argues the Taiwanese brand. The machine will also be able to bet on a screen with planed edges, surmounted here by a 1080p webcam (optional) with double microphone for more pleasant videoconferences.

The device also benefits from a backlit keyboard (optional) incorporating a numeric keypad. Logic on a 17 inch format. The latter is adjoined by upward-facing speakers, Acer explains. In terms of performance, the Chromebook 317, on the other hand, is light, with a small Intel Celeron processor at the helm. The autonomy remains honest, since announced at 10 hours maximum. Acer finally offers us two USB-C 3.2 ports and Wi-Fi 6 connectivity. The device is announced at a very low starting price, of 399 euros in Europe. It will arrive from July through us.

Acer Chromebook 514: more power thanks to the 11th generation of Intel Core

Aimed at slightly more demanding users, the Chromebook 514 is equipped for its part with an 11th generation Intel Core processor and also benefits from a maximum battery life of 10 hours, but with fast charging as a bonus. This model has a 14-inch Full HD screen and two Thunderbolt 4 USB-C ports. It also features a Gorilla Glass reinforced glass trackpad, Wi-Fi 6 connectivity and a Full HD webcam. Acer finally mentions a reinforced MIL-STD 810H chassis and an Enterprise variant equipped with ChromeOS Enterprise.

The Acer Chromebook 514 will arrive in Europe in August from 549 euros.

Acer Chromebook Spin 713: the Chromebook that does not refuse anything

On the high end, Acer is finally renewing the Chromebook Spin 713. As its name suggests, the machine is a 2-in-1 that can tilt its screen 360 degrees around the keyboard. Here we take advantage of the Intel Evo platform with an 11th generation Intel Core i7 processor, but also two Thunderbolt 4 USB-C ports and a 13.5-inch VertiView 2K screen (2256 x 1504 pixels).

Acer specifies in its press release that the Spin 713 also benefits from a reinforced MIL-STD 810H chassis, 1.37 kg for 16.9 mm thick. There is also a fingerprint sensor. Expected from 769 euros from June, the Chromebook Spin 713 finally benefits from a fast recharge capable of giving back 4 hours of battery life in 30 minutes of recharging. Autonomy remains estimated at 10 hours maximum.