At the Game Awards ceremony, the very first accessibility innovation trophy went to “The Last of Us Part II”. The first sign of a welcome awareness in the industry. 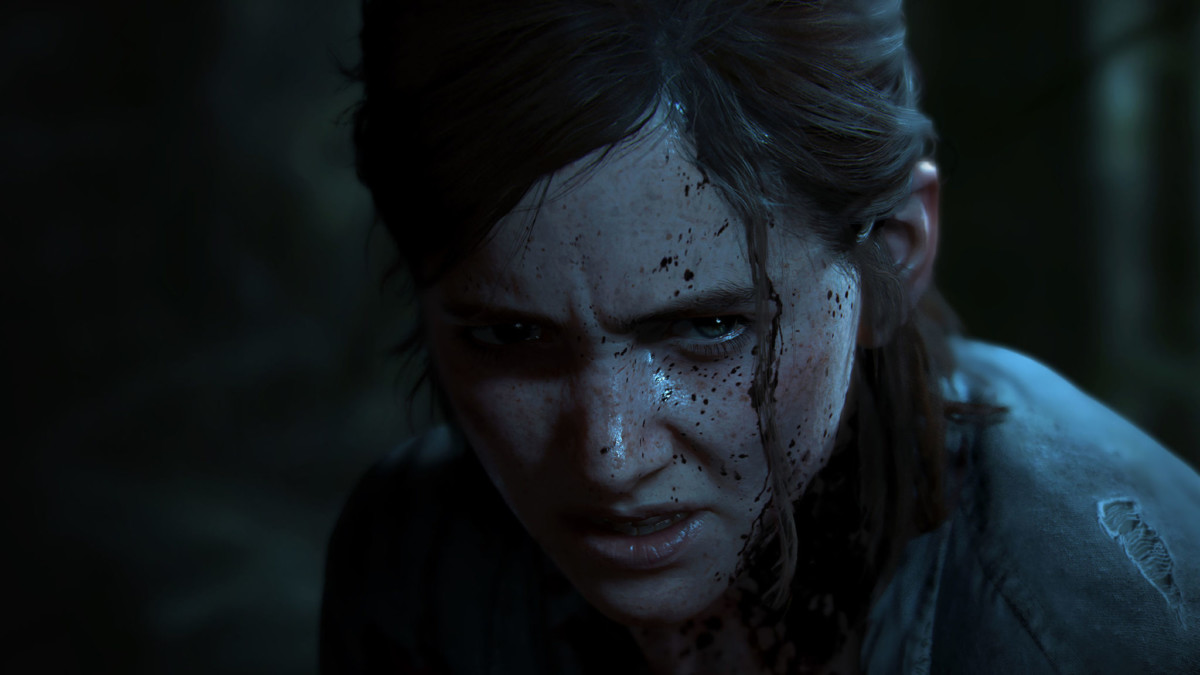 The Last of Us Part 2 // Gamesdone : Naughty Dog

The Last of Us Part II. The announcement of the name of the winner in the mouth of Reggie Fils-Aimé, Thursday evening during the Game Awards, the big annual ceremony which rewards the video games of the year, was not surprising as the title of Naughty Dog came out again as the big winner of the evening.

And yet, among its string of awards received, this one is a little more striking. It is the very first in its category: innovation for accessibility in video games.

The very first Award for Innovation in Accessibility goes to The Last Of Us Part II! INCREDIBLE @NaughtyDog 🎉 #TheGameAwards #TheLastOfUsPartII pic.twitter.com/FdAq9cXeND

Finally realizing the importance of the diversity of players in their abilities, developers are starting to massively integrate settings in order to make the game accessible to everyone, whatever their handicap.

Making a game accessible has long been akin to simple adjustments to the size of the subtitles, to a wider spectrum for difficulty levels or to help, vocal or not, more frequent. A good base, but which did not sufficiently meet the variety of physical, cognitive or even auditory needs of certain players. It was time to go above and beyond as the number of players grew steeply across the world.

Of course, providing advanced accessibility adjustments is a development cost to be taken into account for a video game. But in its desire to embrace as many people as possible and look to the future, the industry cannot cut it. The builders have understood this. Microsoft and its Xbox for a long time, especially with its adaptive controller. Sony and its PlayStation are putting more and more emphasis on it. On the hardware side, Logitech and many other accessories manufacturers have followed in the footsteps of the giants to offer a variety of possibilities and allow everyone to respond to their problems.

Salvation from the players themselves

The video game was still going there backwards to a few big studios like Naughty Dog who had already shone with Uncharted 4 : A Thief’s end. But there is no question of being the last to launch when it is the entire tech innovation sector that now takes accessibility into account in its slightest designs, whether for software or hardware. We are now seeing more and more projects flourish, often coming from below, associations like CapGame which informs players and helps them find solutions, from fans of video games like le site HandiGamer which designs tailor-made accessories for players with reduced motor skills through its company HitClic.

It also comes from players through YouTube channels where they try to educate the general public while showing that they are gamers like the others. This is the case in France of Hichem, who lost the use of both hands, and his Official DJ H channel on which he shows his gameplay sessions, or the Canadian Steve Saylor, blind player who tries to evangelize for accessibility in video games.

All concerned, from blockbuster to indie game

A “comeback” that ended up putting the chip in the ears of developers, publishers and other video game players to listen to their players. And in the list of five nominated for the Game Award for accessibility, there were renowned publishers with flagship games (Assassin’s Creed Valhalla and Watch Dogs Legion at Ubisoft, The Last of us Part II pour Naughty Dog/PlayStation et Grounded, the multiplayer of Obsidian / Xbox) and a lesser known title, but yet just as important in the field, HyperDot.

The symbol of accessibility which now concerns both blockbusters and more confidential games and which is no longer an option, as the site rightly pointed out GameKult in an excellent record on video games and accessibility. 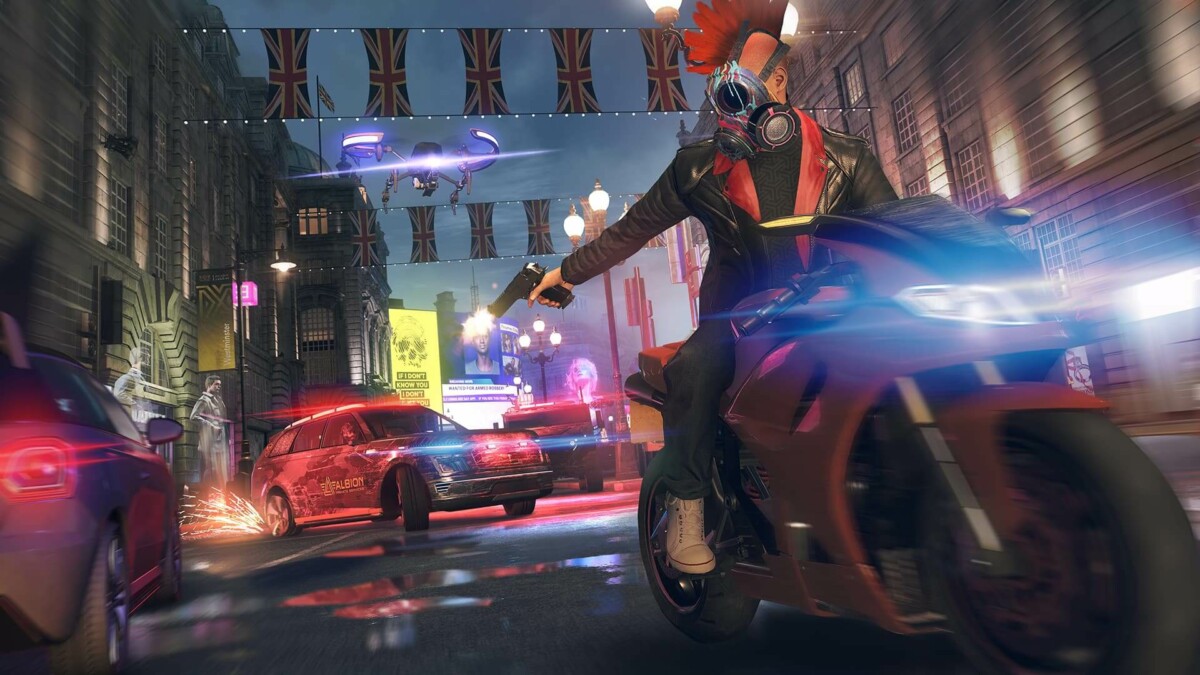 And The Last of us Part II It won it without much surprise, we had also devoted an entire article to its sixty settings available for all types of disabilities (color blindness, inversion of controls, adjustment of the hardness of the controls, help, visual enlargement, etc. ) and an encouraging sign at PlayStation, which had never been a real leader in this sector, it is not the only one to offer real accessibility to its game.

With its two flagship titles in the running, Ubisoft also shows that the subject is taken very seriously by the French publisher. Whether for Assassin’s Creed Valhalla or Watch Dogs Legion, dedicated accessibility teams intervened throughout the design of the game to ensure that it was going ” avoid excluding certain players from our experiences ”, explained David Tisserand, accessibility project manager at Ubisoft during a event dedicated to accessibility. The two games thus rely on multiple configuration proposals in terms of gameplay, display, audio and much more (voice recognition, ease of puzzles, reduction of cognitive and motor load, etc.). Settings much more refined than those already multiple in a game like Assassin’s Creed Odyssey which had already enabled many players to improve their experience.

It’s quite paradoxical to find Grounded in the list, game where you play precisely a shrunken being facing a much larger nature. And yet, the bet is successful by Obsidian who has equipped its game with fairly classic accessibility options and a safe mode against giant spiders to avoid the phobias and stress of some more sensitive players.

Probably the least known of the lot, HyperDot is the one that had the most its place. Its designer Charles McGregor has never hidden that his game was not initially thought for accessibility, but that it was accessibility that had come to him. The arcade game has a simple mission: you are a ball that must dodge other elements to progress through the 100 levels. The game has become, over the course of its design, a laboratory on accessibility, with a project, HyperDot A lly (numeric shortcut foraccessibility), in the form of experimental research to include all types of players around a game that requires a certain dexterity and reflexes. And HyperDot even offers multiplayer and level creation.

Proof that accessibility is increasingly taken into account by the video game sector. Recently, Twitch donated $ 1 million to the AbleGamers association, which works daily to support, help and encourage players with multiple disabilities to live their passion to the full.