Why settle for just one gift? In the 20th box of the #FrandroidOffreMoi Advent calendar you will find everything you need to equip yourself well: an X50 Pro smartphone, a pair of Buds Air Pro headphones and a Watch S watch, all offered by Realme. 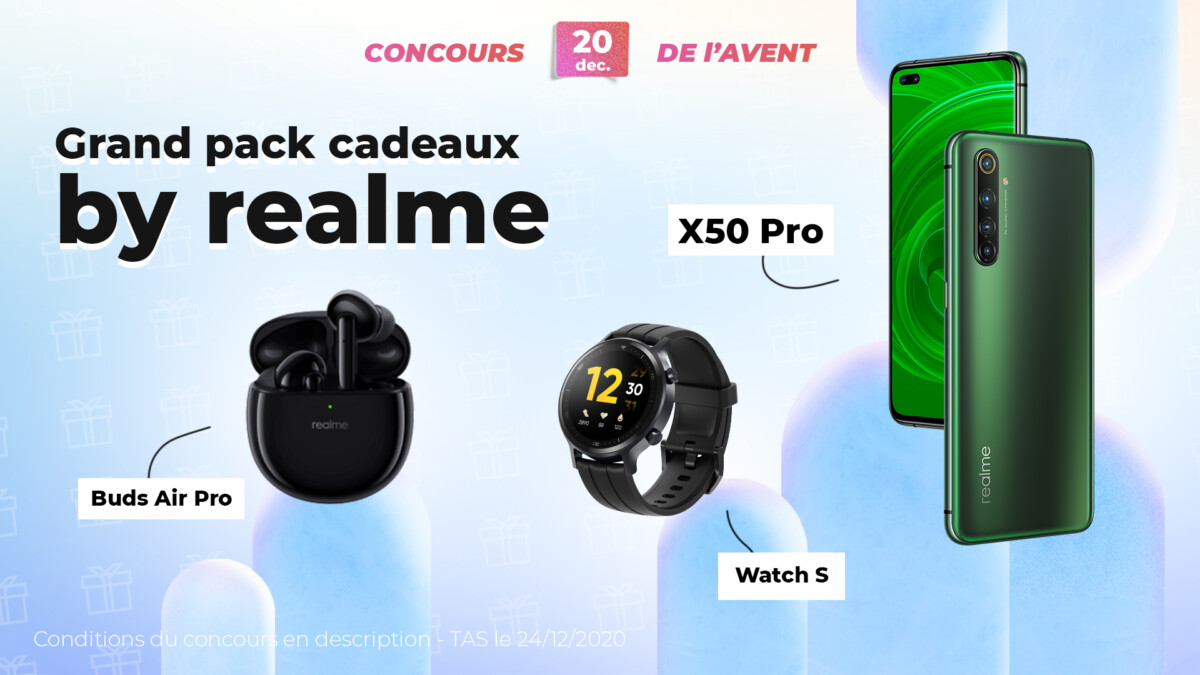 Ho ho ho! Today Santa Claus is called Realme on Frandroid! In the 20th box of our #FrandroidOffreMoi Advent calendar, you will not find one Tech product, but three: a smartphone, a smartwatch and wireless headphones.

For a chance to win this great pack, head to Frandroid’s social networks!

Launched rather recently in France, Realme is a brand of the BBK group, just like Oppo and OnePlus and in just a few months, it has managed to demonstrate its desire to position itself as a key player in the market. The Realme X50 Pro in particular is positioned as a very good flagship killer.

If we reproach him in our test for the quality of his photos in low light which remains perfectible, we can only praise his very good general services. Performance, fast charging, careful design, autonomy… everything is there to make a very good smartphone. It’s not for nothing that we gave it a score of 9/10!

In today’s jackpot, it also comes with a connected watch and true wireless headphones. A complete gift then!

How to win this jackpot?

To participate on Twitter, follow the accounts of Frandroid and Realme France, RT and like the tweet below and give us your estimate of the price of this complete pack with the hashtag #FrandroidOffreMoi.

The draw will take place on December 24!