You don’t have an Nvidia RTX card to take advantage of ray tracing? No problem. If you still have your Super NES, a game developer had fun devising a project to add ray tracing to older Nintendo titles. And the result is quite impressive. 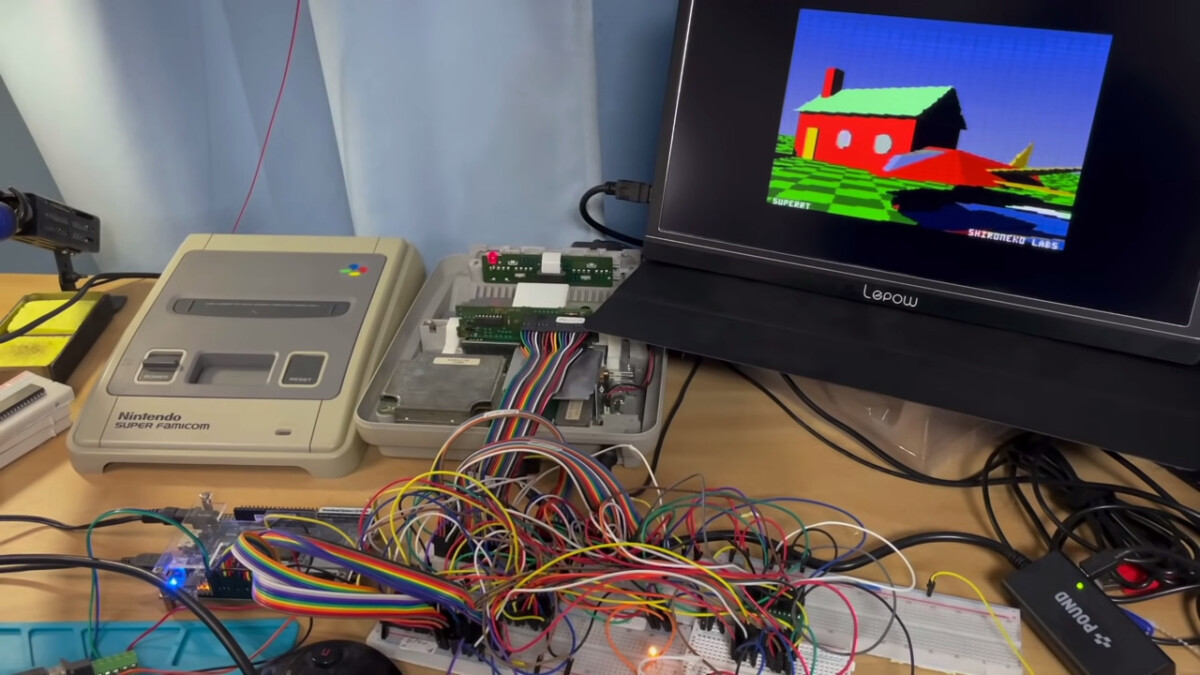 You smiled at the announcement of the arrival of the ray tracing sure Minecraft. How about having it on Super Mario? A smart kid had fun tweaking his old Super NES to add something to make the flagship titles of the former Nintendo star of the early 1990s shine. All without an RTX card from Nvidia.

Developer by trade, Ben Carter has published on YouTube a demo of a project called SuperRT . We discover its installation with its gaggle of cables from a Super Nintendo stripped of its cover.

Carter, who was involved in the creation of games like FIFAor the remake of Star Fox 64 , explains that he designed his project based on the external Super FX chip that was integrated into the old Super NES game cartridges. This made it possible to obtain a 3D rendering on certain games or to reinforce a demanding 2D on others. Because the Nintendo console ” runs the game before passing the scene description to the chip in the cartridge to generate the visuals. »

He then replaced the in-game ROM with a ROM of his own and paired it with a DE10 FPGA board, along with custom software. To stay in the spirit of the initial console, Carter however added some constraints. “I purposely limited myself to using a single custom chip for the design, without using the ARM core available on the DE10 board or any other external processing resource.», He explains.

To see the rather impressive rendering with mirror and light effects, we say to ourselves that the experience of the time would have had a different look, slightly shifted however between the graphic quality and the visual effects. But, as Carter notes, all of this could not have been possible. Its special FPGA cardray tracingis way too big for a Super NES game cartridge. It was not impractical, but it would have been necessary to review the design of the console …