Samsung has just formalized the arrival of the Galaxy M12 in France, its technical sheet is online on the official website of the Korean brand. It is a device cut out to rub shoulders with Xiaomi Redmi smartphones with a large autonomy, four cameras on the back and a 90 Hz screen. 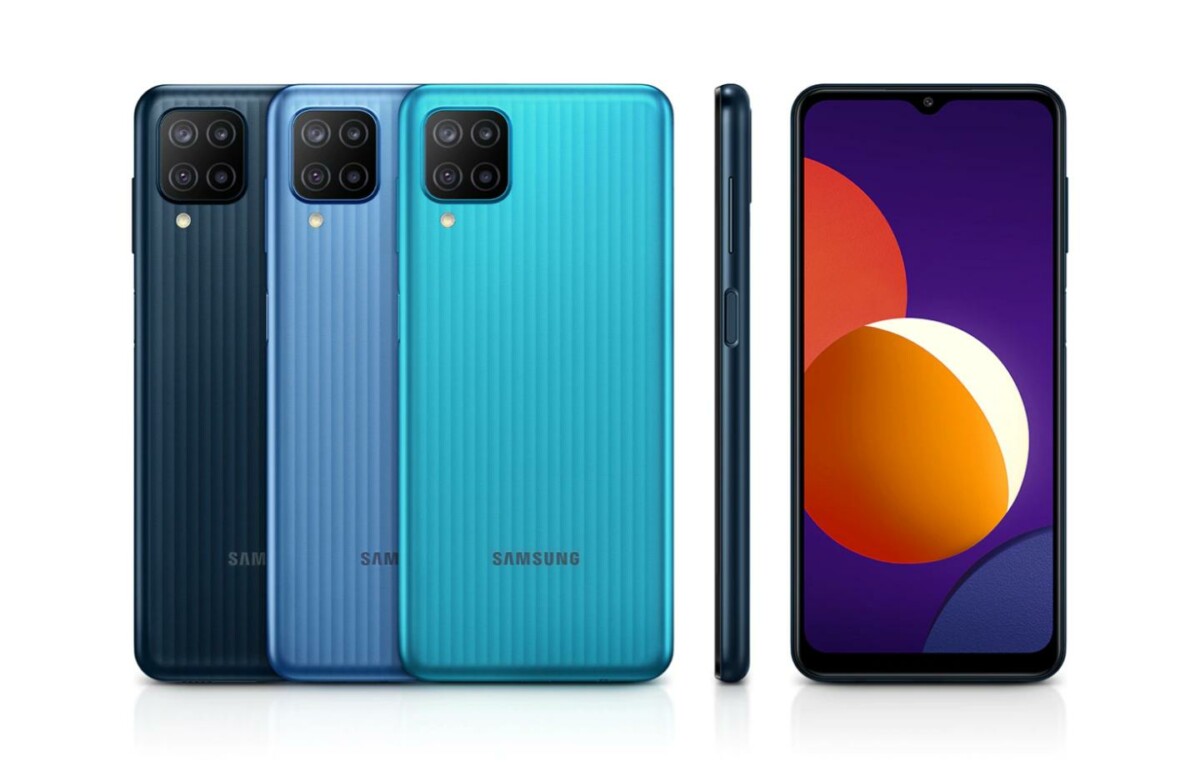 After having declined the entire A range with numbers in all directions, Samsung is marketing a new smartphone from its Galaxy M range… the M12! This is not the first device of this series marketed in France because we already have the Galaxy M11.

Originally marketed on the Indian market, here it arrives in France. First characteristic that you will remember: the capacity of its battery is enormous and it promises a good autonomy, it is 5000 mAh. The charge is nevertheless relatively slow, because it only rises to 15 Watts. We will therefore have to be patient. Note however that the Indian version has an even larger battery with 6000 mAh.

On the processor side, we do not find the MediaTek that we usually have on this type of cheap smartphones, but the Samsung Exynos 850. It is an 8-core chip with ARM Cortex-A55 and a GPU ARM Mali-G52. No 5G here, it’s only 4G + at this price. This is an SoC that is already found on the Galaxy A21s. It should consume little and thus allow the M12 to display a large autonomy. Associated with this SoC, we find 4 GB of RAM and 64 GB of internal storage that can be extended up to 1 TB via a microSD slot. 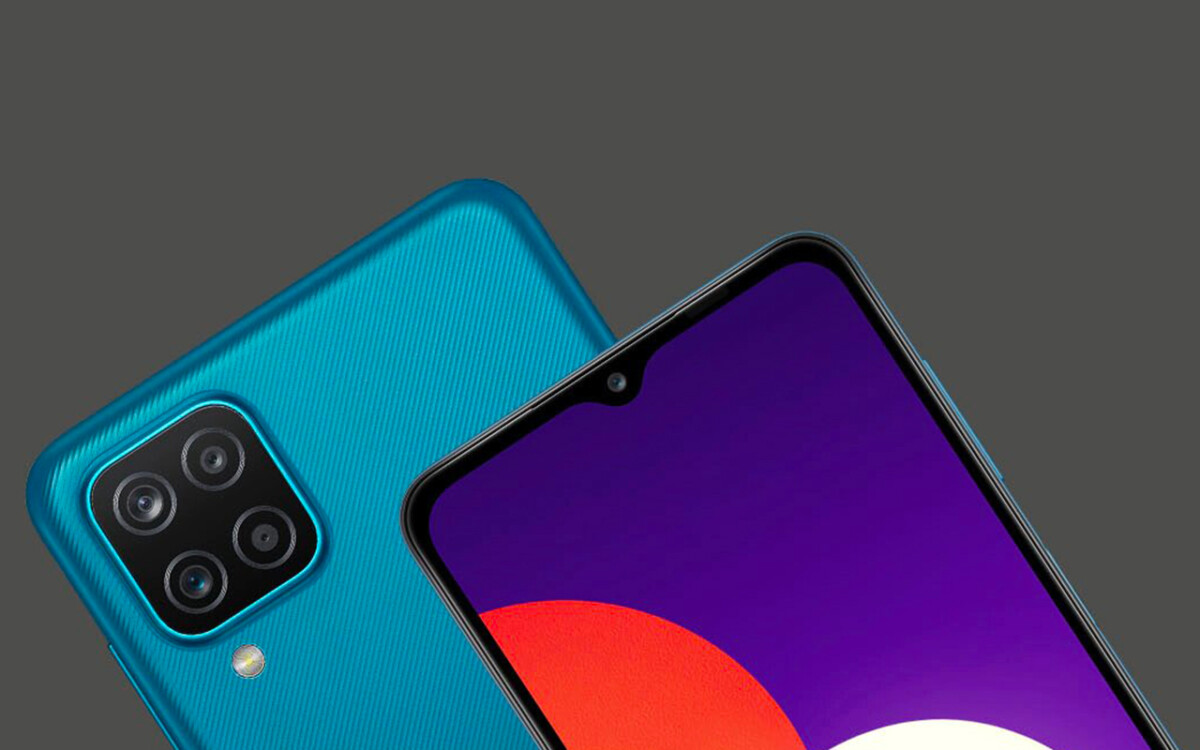 Let’s move on to the screen: the IPS LCD panel is 6.5 inches in HD definition (1600 x 720 pixels). So far, no surprise, it’s a very classic slab with a small notch to accommodate the front camera. Where the M12’s screen is interesting is its refresh rate which can go up to 90 Hz.

The Galaxy M12 has… four cameras on the back. The 48-megapixel main camera seems very classic, it is accompanied by a 5 megapixel ultra wide-angle camera and two sensors that seem to be there only to inflate the technical sheet (portrait and macro). 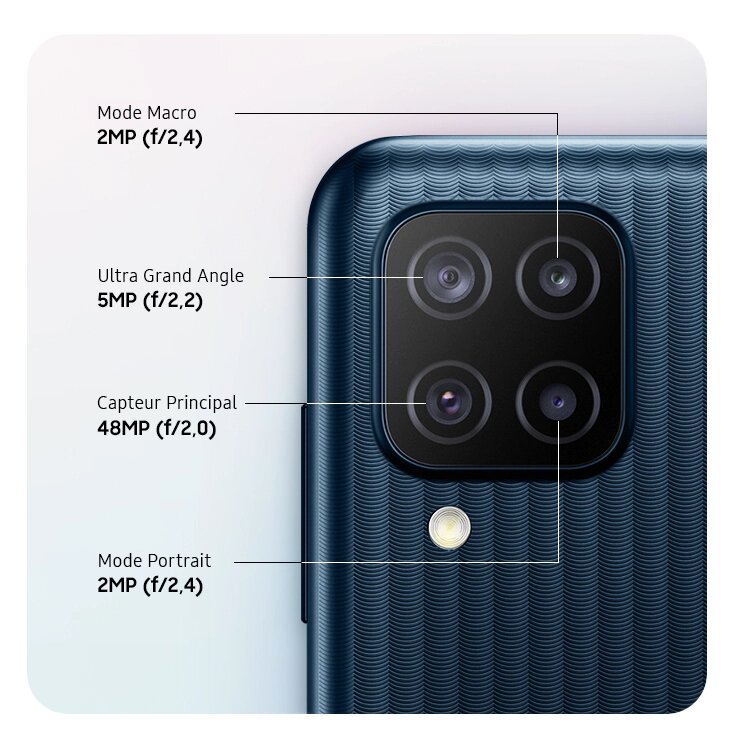 With 4 cameras + 1 in front, Samsung can compete with Xiaomi Redmi smartphones which offer honest services at reduced prices. The Redmi Note 10, for example, or the Note 10S are sold at 200 euros. In practice, the Galaxy M12 is rather comparable to the Xiaomi Redmi 9T with similar characteristics. The latter is sold at 170 euros.

In the Samsung catalog, the Galaxy M12 comes alongside the Galaxy A12, which is currently priced at 169 euros. The two smartphones share a very similar technical sheet, except for the SoC side (MediaTek Helio P35 for the A12).

During our test of the A12, we appreciated its main camera and its battery life. The performances were nevertheless too fair … maybe the M12 can do better in this area with its Exynos SoC and its 90 Hz screen. Another important element to take into account: this Galaxy M12 arrives with Android 11 coupled with One UI 3.1, while the A12 is still running Android 10 and One UI 2.5 ..