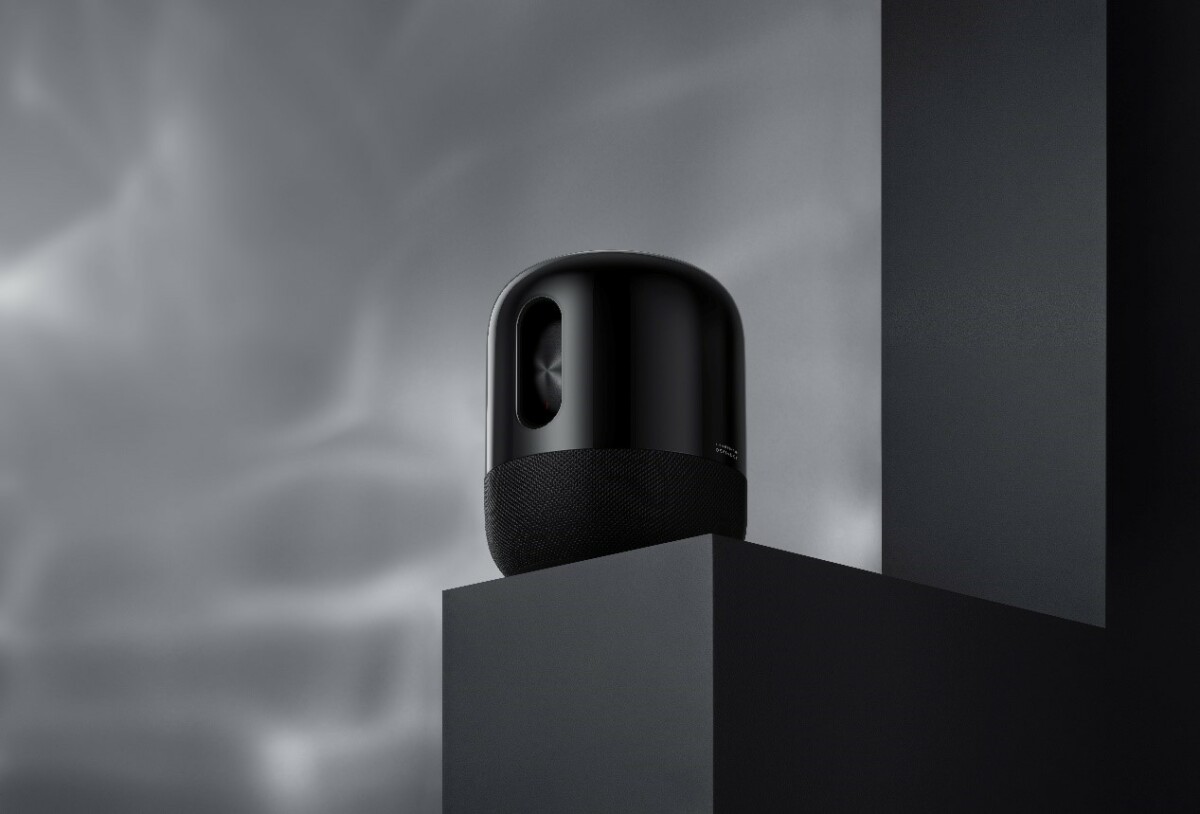 A year ago, Huawei unveiled in China the result of its partnership with the French company Devialet, the Huawei Sound X. Finally launched in France last May, the speaker is already entitled to a new version: the Huawei Sound.

Officially unveiled this Thursday on the occasion of the official presentation of the Huawei Mate 40 Pro, but also of the Huawei FreeBuds Studio headphones, the Huawei Sound has a design similar to that of the Sound X, but in a more compact size.

This new speaker is however particularly powerful. It is thus designed with four speakers, including a 4-inch woofer and 40 W for the bass, two passive radiators, again for the bass, and three 5 W speakers for the other frequencies. What to offer a set up to a maximum power of 144 W and a volume of 90 dB. The Huawei Sound speaker also emits 360-degree sound and takes advantage of Devialet’s Space system, which automatically adapts the soundstage to the speaker environment. 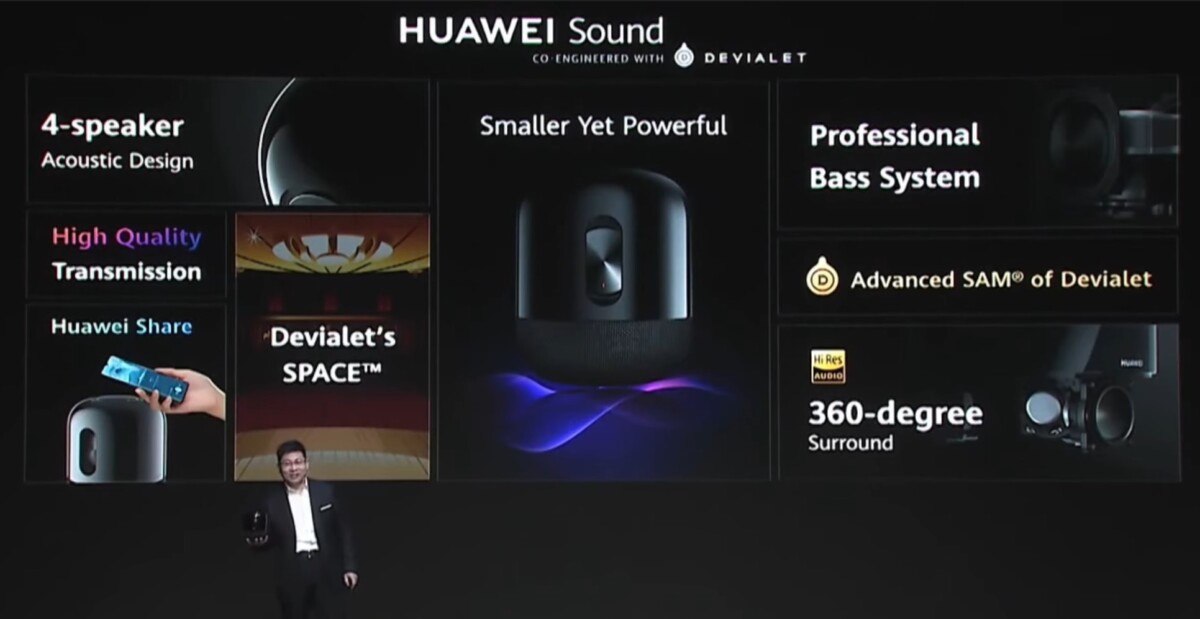 The characteristics of the Huawei Sound // Gamesdone: Huawei

On the connectivity side, the Huawei Sound speaker is Wi-Fi UPnP compatible, but will mainly be used in Bluetooth with compatibility with the LDAC codec. A 3.5 mm jack auxiliary socket is also available for connecting a wired source.

The Huawei Sound speaker designed in partnership with Devialet will be marketed at a price of 199 euros, against 185 euros for the Huawei Sound X. It is not yet known when it will be launched in France.