Scheduled for November 2021, the Evercade VS will be able to accommodate up to four UBS controllers and already has nearly 280 games that can run on it.

This is a console that should interest lovers of large pixels and 8-bit music. Blaze Entertainment presents the Evercade VS, which smacks of nostalgia by offering four USB inputs for as many controllers. What to reconstitute the afternoon consoles on the sofa in the living room, at least once the sanitary situation allows it.

The company specializing in machines capable of running retro games is not at its first attempt: in May 2020, it launched the Evercade, a portable retro console this time, with a cartridge system to insert in back. In 2019, they also marketed a mini arcade machine intended to play Pong and twelve Atari 2600 games.

Already a nice selection of games

For the Evercade VS, the English company not only resumed its cartridge system, each of which carries a selection of retro games, but it has managed to make the old cartridges compatible with the new system, which gives a little more than 280 games available for release. Multiplayer games are of course planned between now and the console’s release, and all games benefit from licenses obtained from their publishers, which avoids unpleasant surprises from a legal point of view. Among the most famous editors, we can cite Atari, Piko, Namco or Team17. It will still cost around 20 euros per cartridge. 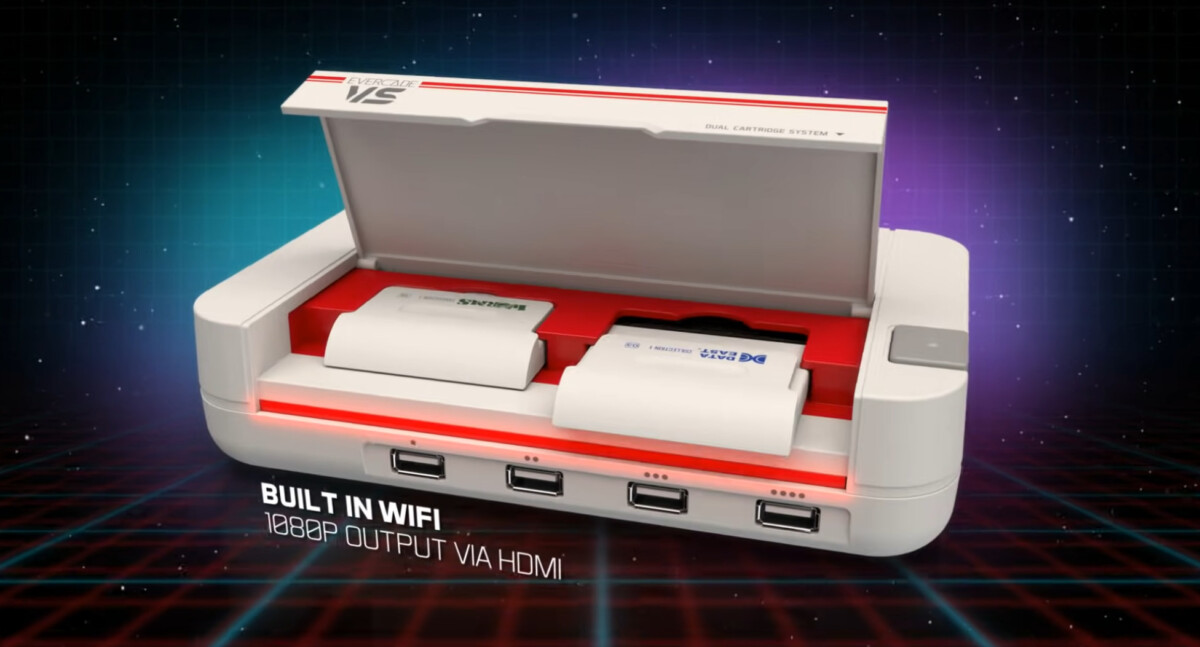 It will also be possible to enter two cartridges at the same time in the console, which will prove to be very comfortable for a game night without moving from your sofa, but which can also distress the undecided. The whole point of a retro console is also to find this feeling of choosing a game and only one to play it. If it’s about finding yourself in front of your Steam library, not knowing what to throw with so many choices, you lose some of the retro fun. However, the ability to access an entire library is clearly the norm for retro consoles today. It makes sense to comply, especially since it can convince customers to buy a new device, rather than pulling an antique out of the attic.

Speaking of retro, let’s point out that it’s not because these are old games that we can’t afford a little bit of modernity inside the machine. The latter has an HDMI port as well as a full HD resolution (to better see the large pixels). In addition, it can benefit from updates via wifi, which eliminates the need to constantly reconnect it to a PC. 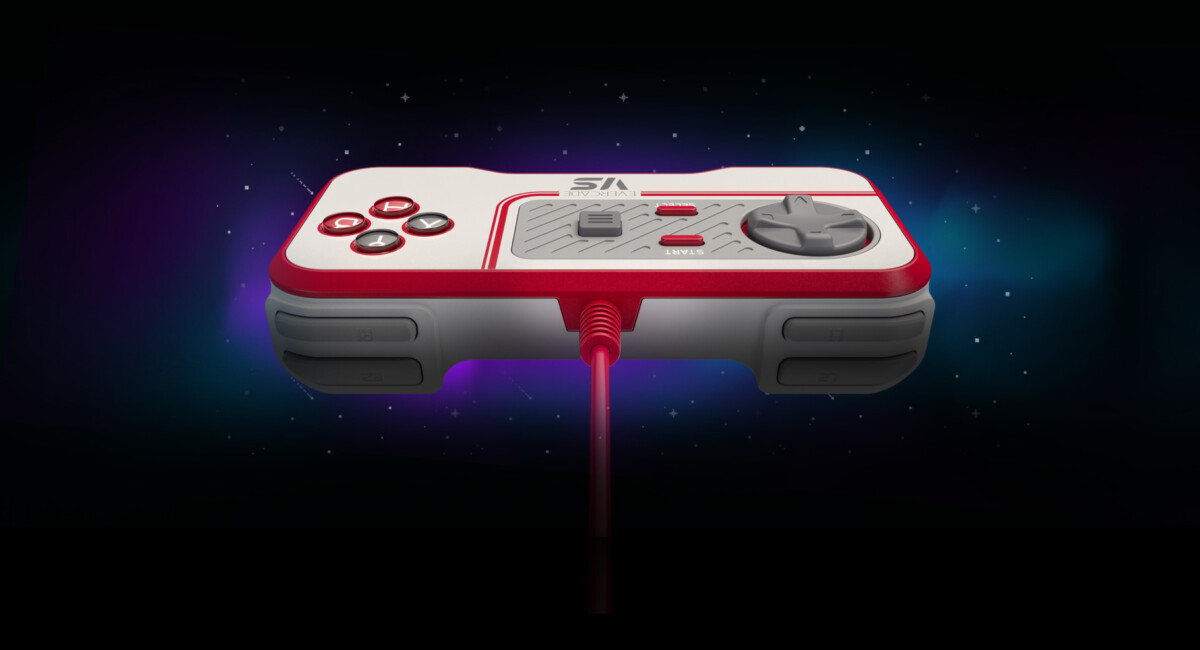 On the controller side, the brand offers one in a look inspired by that of the NES, but with a modern directional cross, four buttons (X / Y / A / B) and two triggers on each side. But according to the Evercade site, the console “Will allow the use of any USB controller”, which would prove to be very practical. For potential owners of the portable Evercade, the first console can also act as a controller if it is connected via USB to its little sister.

Pre-orders will open in May and the release is scheduled for November 2021, at nearly 100 euros.

Retro games may seem more pixelated to us today than we remember. It is not the fault of our memory, but of the screen used.
Read more