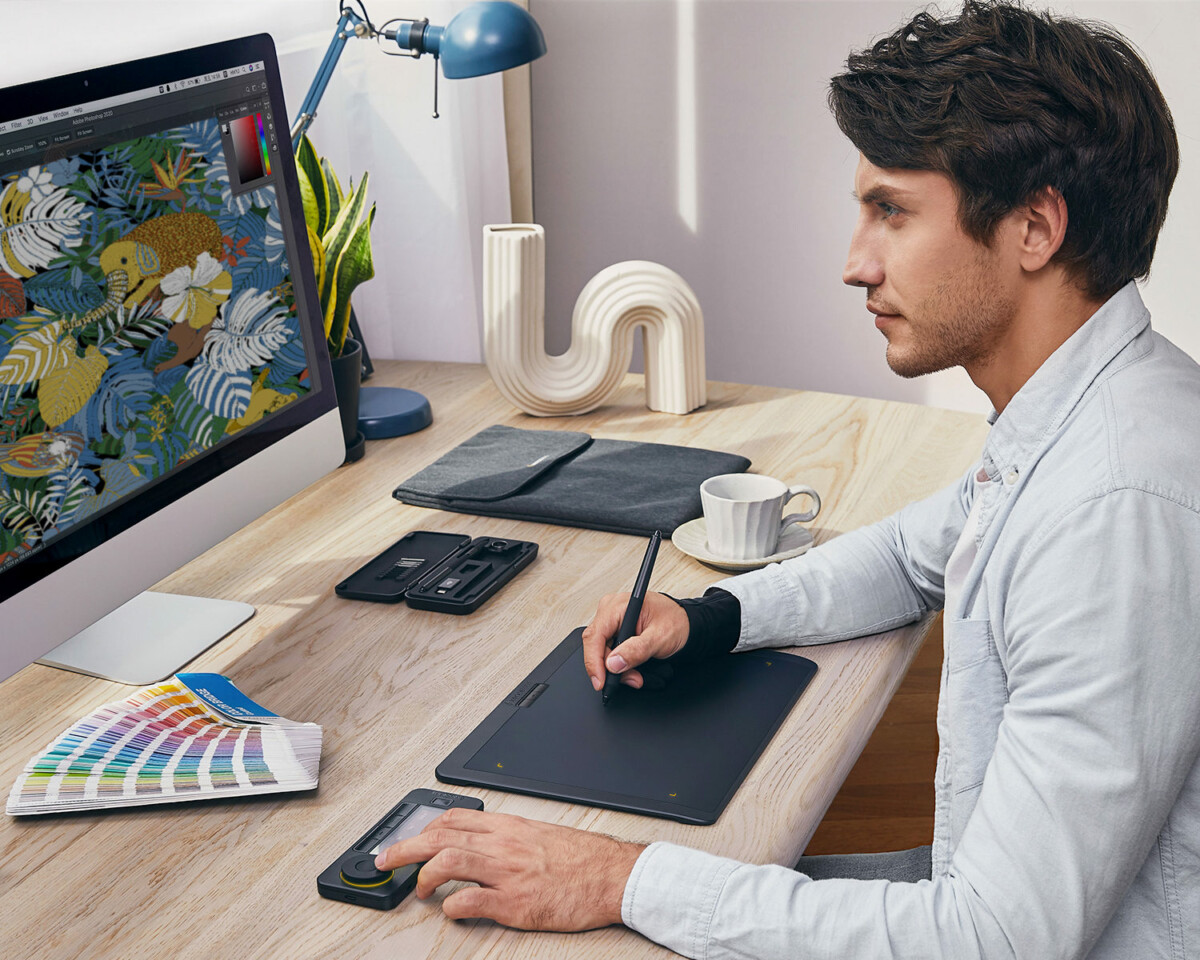 In the graphics tablet market, Wacom has established itself as an unwavering giant. Some have tried, however, without succeeding in undermining the hegemony of the Japanese company. In turn, Xencelabs is trying its luck with rather well thought out ideas to really make an impression.

Design professionals at the helm

The team behind Xencelabs (literally “the laboratory of the senses”) has made it their mission to develop products ” whose small details make the difference between what is passable and extraordinary “. And as for the small details on the graphics tablets, this new challenger relies not only on the use of its employees, coming largely from creative circles and therefore accustomed to the use of this kind of products, but also with partner artists in order to get as many returns as possible.

Ready to do battle with Wacom, this small company presents a first product which already proves the ingenuity of the brand.

The name of this first product could certainly be more sought after, but it has the merit of being explicit: the Xencelabs M Pen Tablet quickly announces the color. The emphasis is on comfort with a clean design, a 16: 9 aspect ratio work surface and a soft wrist rest to enhance long work sessions.

This graphics tablet is only 8 mm thick for 710.5 grams and has spaces on each side at the back to facilitate handling and thus allow use on the move. It is also offered with 2 different styluses (at 8192 pressure levels and with recognition of the inclination up to 60 °): a first with three programmable buttons and a second, thinner with two buttons for those who prefer small ones. formats. A pen case, spare points, a drawing glove and a protective pouch complete this pack.

But the most ingenious element of this tablet is certainly its optional Quick Keys remote control. It has a wheel, 8 programmable buttons and an OLED screen allowing you to create up to 40 shortcuts per application and classify them into groups of functions.

Well thought out, this remote control can be positioned in any direction to allow such easy use for right-handed or left-handed people and the LED around the wheel changes color depending on the function activated. A quick glance will let you know if you are going to change the size of your brush or its hardness for example.

The remote control is also able to recognize the software launched on your computer (Windows, macOS or Linux) and automatically adapt its shortcuts to it.

All these accessories do not come for free since the Xencelabs M Pen Tablet is offered from 289.90 euros for its basic pack, which is still around 90 euros more expensive than a Wacom Intuos M. The complete pack with the remote control costs 359.90 euros, which this time is less expensive by almost 30 euros compared to a Wacom Intuos Pro M (offering the same level of pressure and many features that the Intuos does not not propose).

Other tablets are also in preparation and Xencelabs already promises to offer “soon” an alternative to the Wacom Cintiq and its big screen.