The OnePlus 9 and 9 Pro were officially presented with big photo promises. 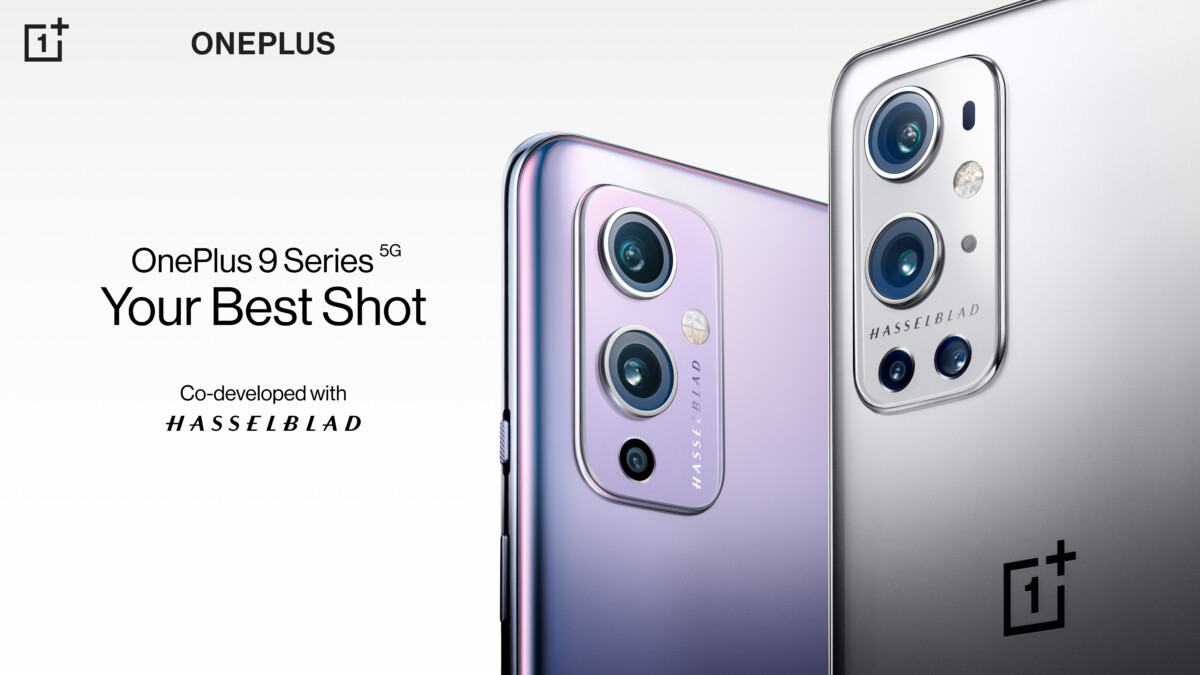 Already mentioned for several months, the OnePlus 9 and OnePlus 9 Pro have just been unveiled with great fanfare at a conference held by the brand. Simple evolutions of the 2020 generation, they iterate on many points, with the exception of the photo part which is undergoing a real transformation thanks to the partnership with Hasselblad.

The OnePlus 9 and 9 Pro do not revolutionize the genre and have just updated the 2020 vintage by correcting a few small flaws in both models. The design does not change particularly with a flat screen model (the OnePlus 9) and a curved screen (the OnePlus 9 Pro). On the latter, however, improvements have been made to try to correct the problems of involuntary keys of previous generations.

On the technical level, we find everything that we can expect from very high-end smartphones, starting with a SoC Snapdragon 888 and 8 to 12 GB of RAM in LPDDR5 format, but also UFS 3.1 storage from 128 to 256 Go. The integration of a 4500 mAh battery, which can be recharged quickly with the supplied 65 W charger, allows the two phones to keep a contained weight: 192 grams for the OnePlus 9 and 197 g for the OnePlus 9 Pro.

Note that to this, the OnePlus 9 Pro adds an impressive 50 W wireless charging and IP68 certification.

The screen is the first difference between the 2 devices. The “Pro” model is equipped with a 6.7 ″ WQHD + definition LTPO OLED panel (1440 x 3216 pixels) with an adaptive refresh rate of 120 Hz. The traditional model is content with a diagonal of 6.55 ″, a definition Full HD + (1800 x 2400 pixels), and a refresh rate of 120 Hz. The lack of framerate Adaptive will however have a greater impact on battery life than on the display itself.

On the software part, OnePlus continues to excel with the presence of Android 11 and Oxygen OS, a particularly fluid, efficient and customizable interface.

Hasselblad at the helm for the photo

But the point that needed the most work on the 2020 models was the photo and, well aware of this, OnePlus has partnered with specialist Hasselblad. The latter participated in the calibration of the sensor and helped the manufacturer to optimize its photo computational algorithms, in particular in terms of colorimetry.

We find on both phones an ultra wide-angle module with a 50 Mpx IMX766 sensor with Freeform optics (to avoid distortion) in 7 pieces with an f / 2.2 aperture and a 2 Mpx monochrome sensor. To this is added on the OnePlus 9 Pro an 8 Megapixel telephoto module (x3.3) with an f / 2.4 aperture.

The main module is slightly different for the two smartphones. On a OnePlus 9, there is a 48 Megapixel IMX689 sensor with an f / 1.8 aperture, while on the OnePlus 9 Pro it is a custom IMX789 sensor (also 48 Megapixel, with the same aperture) , with the added bonus of optical stabilization.

With this large sensor and the natural color calibration performed by Hasselblad, OnePlus promises a clear improvement in the photo part, to be confirmed in our full test.

Price and availability of OnePlus 9 and 9 Pro

The OnePlus 9 and 9 Pro are available for pre-order starting today at 4:30 p.m. The 9 Pro will be released on March 31, but it will take a little longer for the small model, expected on April 26.

OnePlus 9 at the best price?