Insta360 has just announced the new version of its small camera, the One X2. A model capable of making 360-degree videos, in 5.7K and naturally with image stabilization advertised as excellent. 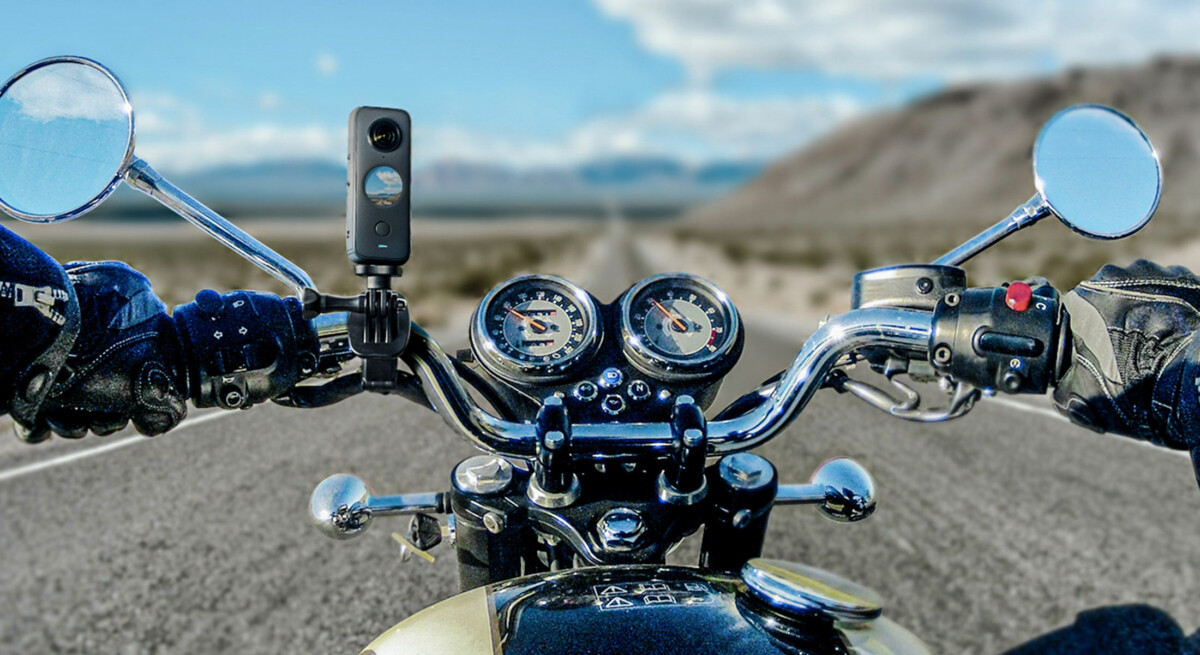 Small 360 degree cameras offer flexibility of use and a form of “liberation” for creativity that seems unmistakable. When these are compact enough to be attached to a bicycle or motorcycle handlebar, a selfie stick, at the top of a helmet or even a snowboard, they become real little gems to share thrills … especially if you allow time for assembly!

The last model of its kind we tested was the GoPro Max, which won us over with its ease of use and the quality of its stabilization, but the video quality still needed to be improved – the fault of a technical platform a little. limited. This year, the Californian manufacturer has taken on the Hero 9 Black, leaving the field open to the other very famous brand in the 360-degree camera market… we of course mean Insta360. It is today that the manufacturer has just lifted the veil on its One X2, which arrives with a fairly promising technical sheet. 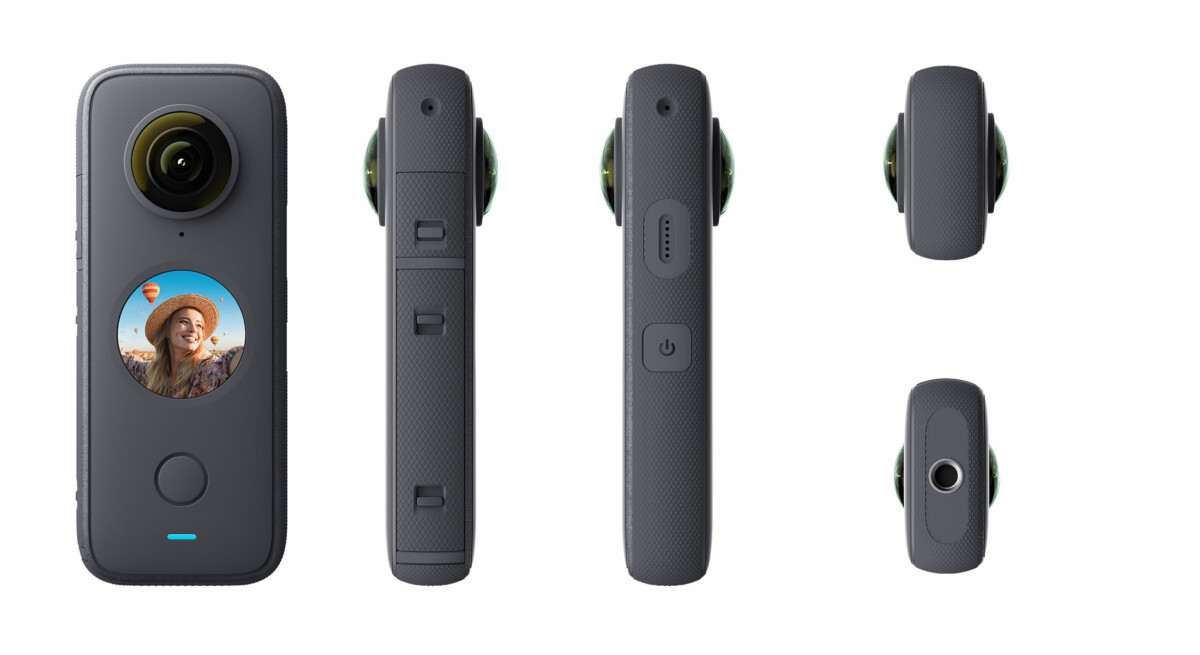 The One X2 has a small screen on the front.

Among the many evolutions, we can note the arrival of a color screen which makes it possible to manage the framing, even if this one does not seem very large and, more worrying, does not seem to give information on the recording. Hopefully, this is an unfortunate (and therefore misleading) embedding of an image on the screen – as we greatly fear. And then, the One X2 combines above all four different modes for capturing your videos:

Here again, we can’t wait to test all of this to verify, precisely, what the output files of this small camera give. Because even if the One X2 is able to use H.265 and H.264 codecs, the maximum speed of 100 Mbits as the fact that the videos are captured in 5.7K, could well complicate the life of the average person. who saw himself making superb edits without a computer and the proper software. And then we will obviously have to take a very close look at the quality of the stabilization that bears the name FlowState at Insta360.

The AI ​​takes care of the editing and editing

One of the points that is rightly put forward by Insta360 is the fact that its “artificial intelligence»Takes care of capturing the best angle of view in your sequence. Behind this technology that the manufacturer calls Auto Frame, hides an algorithm which analyzes the sequence turned 360 degrees to deduce where the action takes place, where the subject is present and where it is relevant to orient the framing. This is another thing that we will have to judge during the tests, but the promise to facilitate the editing and therefore the exploitation and the publication of the video on social networks is an important point, especially if the result of this automatic mode is good. .

As with GoPro, Insta360 indicates that the electronics of the camera are able to identify the presence of a selfie stick to make it invisible to the image. The manufacturer does not give more details as to the nature of this accessory. Will it be necessary to use the pole sold by Insta360? Will the fact that it is black be enough? We will come back to it again, but this little feature allows, when properly exploited, to give the impression that the video was shot using a drone that follows us.

Finally still on the side of the options that facilitate recording, the One X2 has a function called Deep Track which, as its name suggests, follows the subject in the image. It would also work with a person, animal or other moving objects.

Always with the aim of unleashing your creativity, the One X2 offers rather classic functions. There are the ones we discussed earlier with Panorama mode, for example. The PureShot mode is an equivalent of HDR photography since it is supposed to improve the dynamic range of the shots, in particular to better manage the photos taken in low light. Then there are more promising things. We think in this case of the Dolly Zoom and Stop Motion modes which are two effects not really very easy to achieve in video, especially for Dolly Zoom when you do not have a zoom. 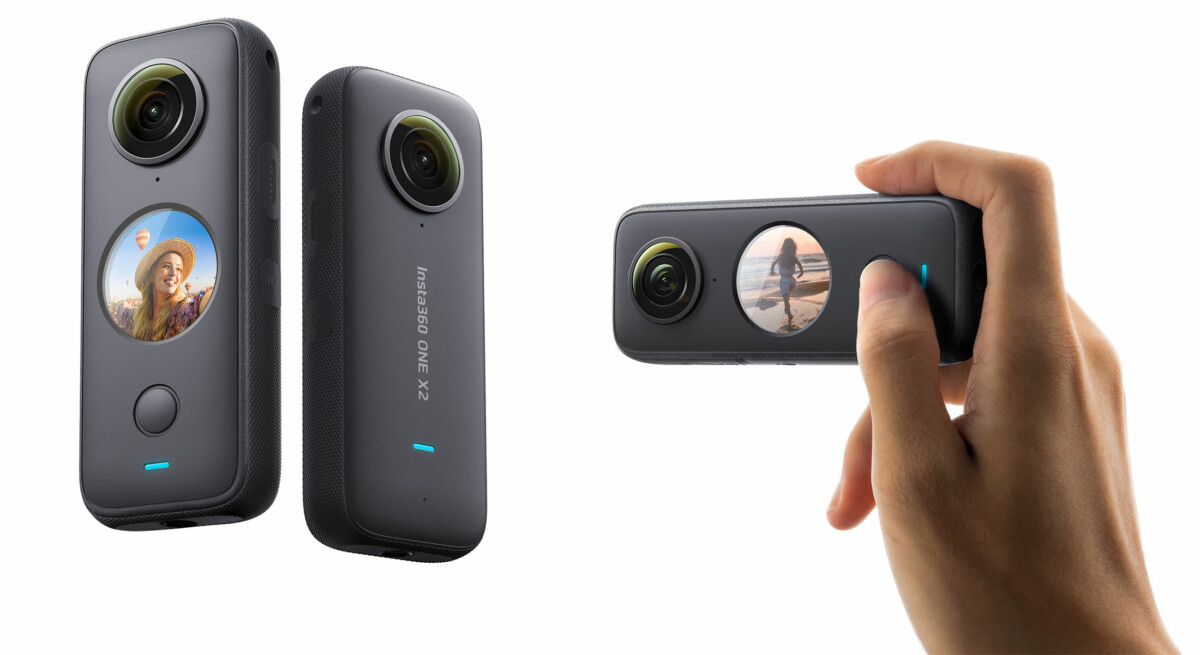 And then there are some more intriguing things too, like the Clone Trail and Shadow Clone modes which clone your body in seconds. Functions obviously already present on other models of the brand, but that we have not yet been able to test. Finally, the Ghost Town function would allow you to make Timelapse 360 ​​sequences by removing people from the image, giving you the impression, as its name suggests, of moving in a ghost town! 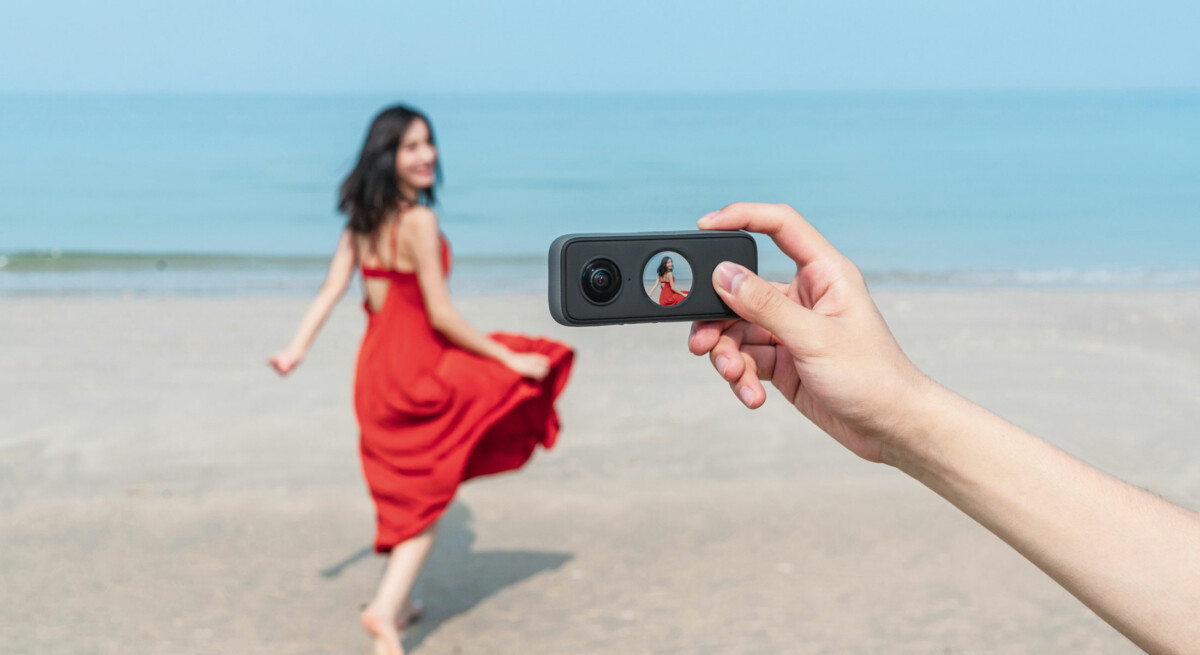 To conclude, on the material part, in addition to the technical sheet, remember that the One X2 is more efficient than the old models, while remaining very compact, waterproof to 10 meters without housing (up to 45 meters with its housing ) and also enduring. Its 1630 mAh battery would allow it to film for 80 minutes, while keeping the touch screen on the front panel on.

Finally, the One X2 offers, like the GoPro since the Hero 8 Black, a wide-angle webcam function to ensure your video conferences or broadcast content on a Twitch channel. Of course, 360-degree videos on YouTube or Facebook are natively supported by the camera, including as part of live streaming. On the audio side, the One X2 has four microphones, coupled with a wind reduction device… we ask to see.

So much for the announcement of this Insta360 One X2 camera which promises to be very complete, but whose price of around 500 euros will necessarily cool more than one. It will also be accompanied by a range of accessories, including an adapter to connect a micro mini jack or a charging station, but for the moment we do not have any information on the date of availability or even on the price of these accessories.