If the French Black Week begins today, Micromania did not wait to offer good fall deals. The pack including the Switch Lite and Animal Crossing: New Horizon is the best example of this since it benefits from a reduction of 40 euros when payment in installments is used. 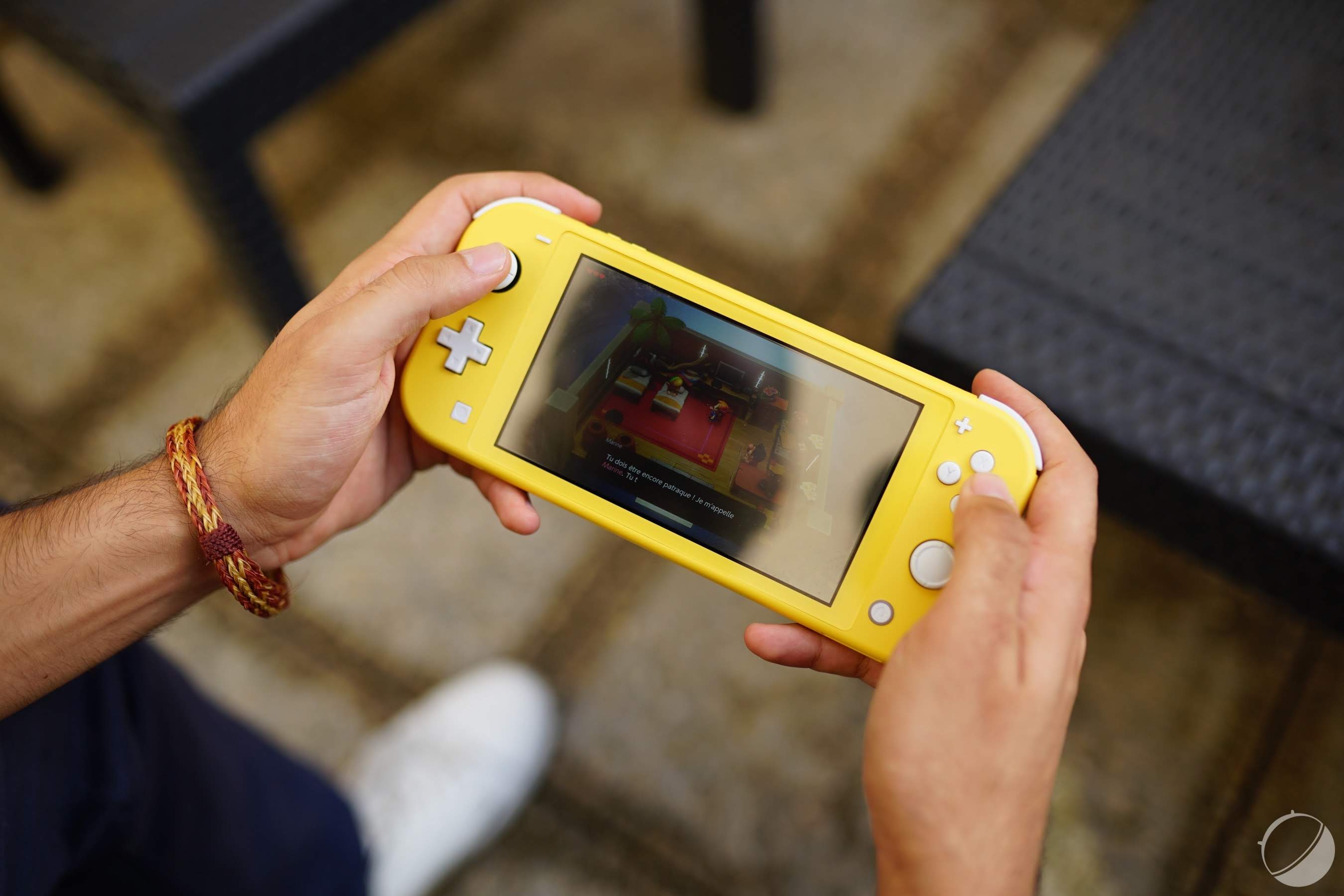 Now is the time for good plans at Micromania. With its autumn “Deals”, the specialist dealer offers you to save both on the price of consoles and on that of games. Recent machines or titles like the Nintendo Switch Lite or Animal Crossing : New Horizon which display an attractive price once integrated into a pack.

Indeed, the Nintendo Switch Lite, accompanied by Animal Crossing : New Horizon as well as a 3-month subscription to the Nintendo Online Service is sold 249 euros at Micromania. That said, Cofidis is setting up a discount of 40 euros thanks to the promo code NOEL40, if you opt for a payment in 5, 10 or 20 times. Concretely, in the event of payment in 5 installments, the price of the pack climbs to 260 euros (price + loan) before falling to 220 euros thanks to the reduction of Cofidis.

A switch only portable

When it arrived on the market in March 2017, the Switch met with indisputable success, both thanks to its hybrid mode which makes it both a portable console and a home console, as well as its impressive game library which continues to grow each year. day. 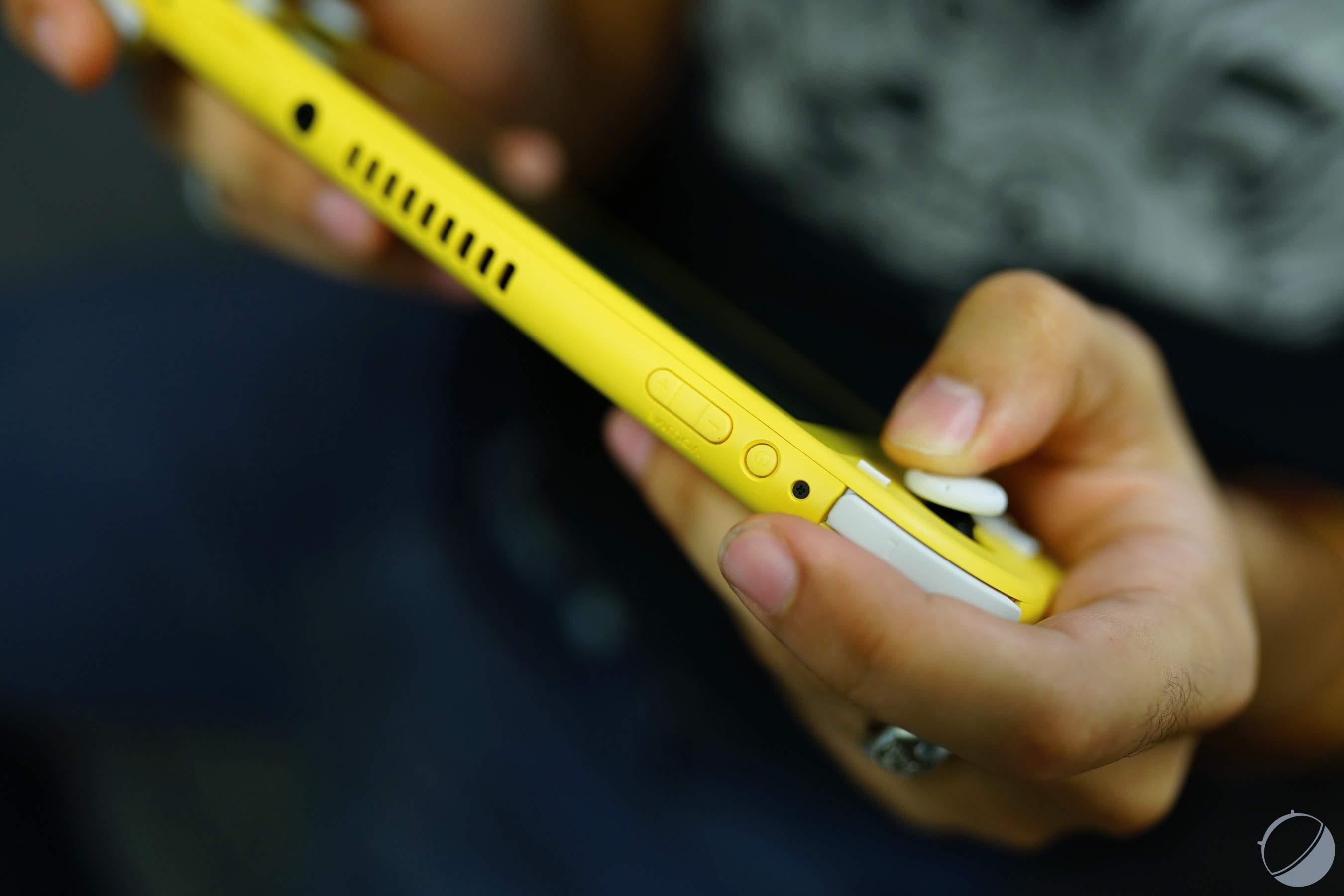 That said, some flaws were felt, such as low autonomy and a certain fragility. So many small black dots that Nintendo made disappear in 2019 by releasing two new versions of its hybrid console, a classic Switch and the Switch Lite.

The Nintendo Switch Lite gets rid of hybrid mode to focus on the portable dimension. This results in the integration of the Joy-Con directly to the console without the possibility of removing them. Likewise, it is not possible to dock the console to play on a TV. 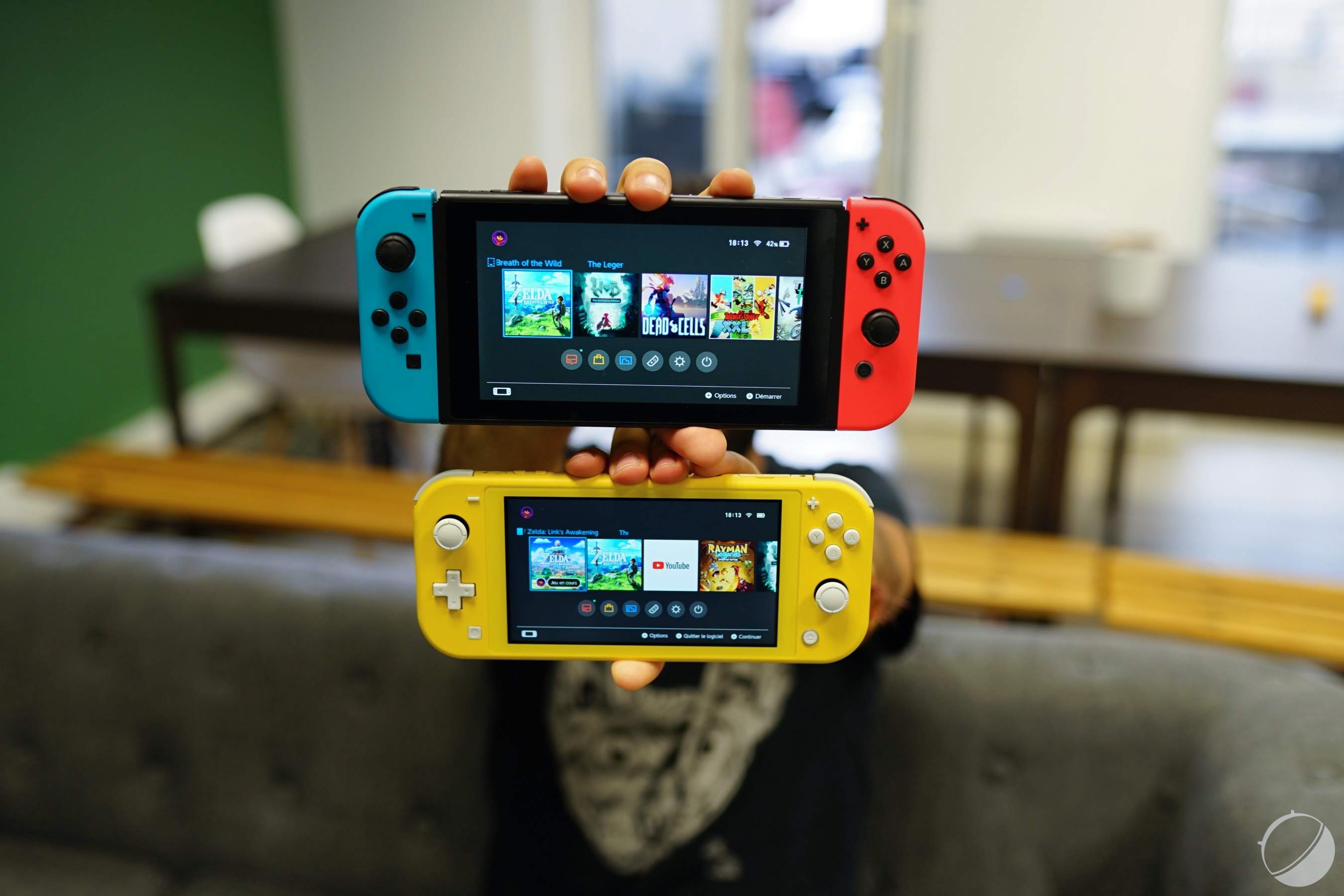 The standard Switch, at the top, and the Switch Lite, at the bottom.

For the rest of the design, the Nintendo Switch Lite is more compact and lighter than the Classic Switch. It has a real directional cross, much more pleasant to use than the Joy-Con quartet of keys. Its one-piece plastic shell makes it stronger than its predecessor, making it the perfect console for kids or globetrotters. 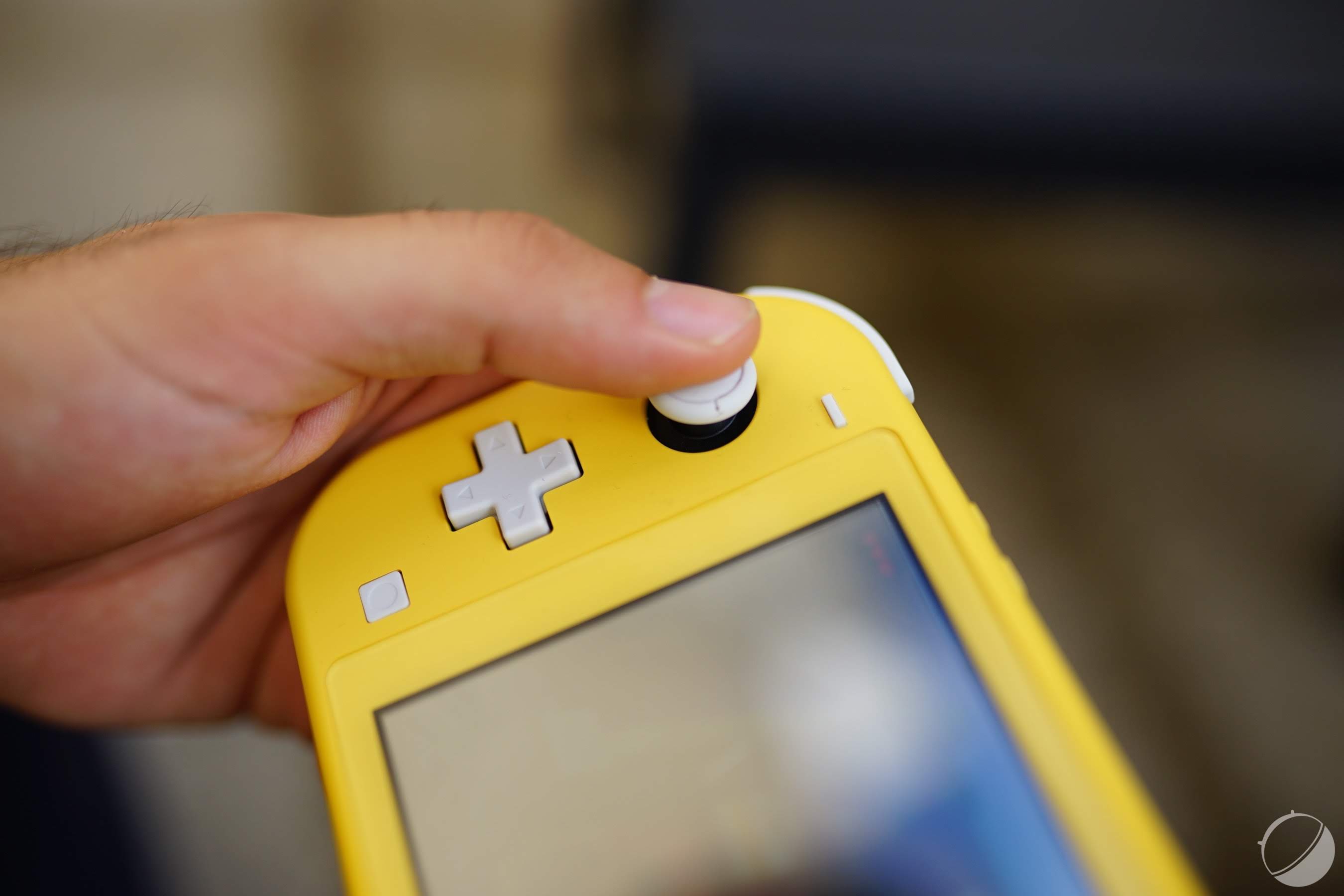 The other strength of the Switch Lite is that it relies on increased endurance. Indeed, it incorporates an Nvidia Tegra X1 Mariko chip (against a Tegra X1 Logan for the previous version) that consumes less energy, as well as a smaller 5.5-inch LCD panel. Taken together, these changes allow the 3,750 mAh battery to last between 4.5 and 9 hours depending on use. By comparison, the autonomy of the Switch released in 2017 oscillates between 2.5 and 6.5 hours. 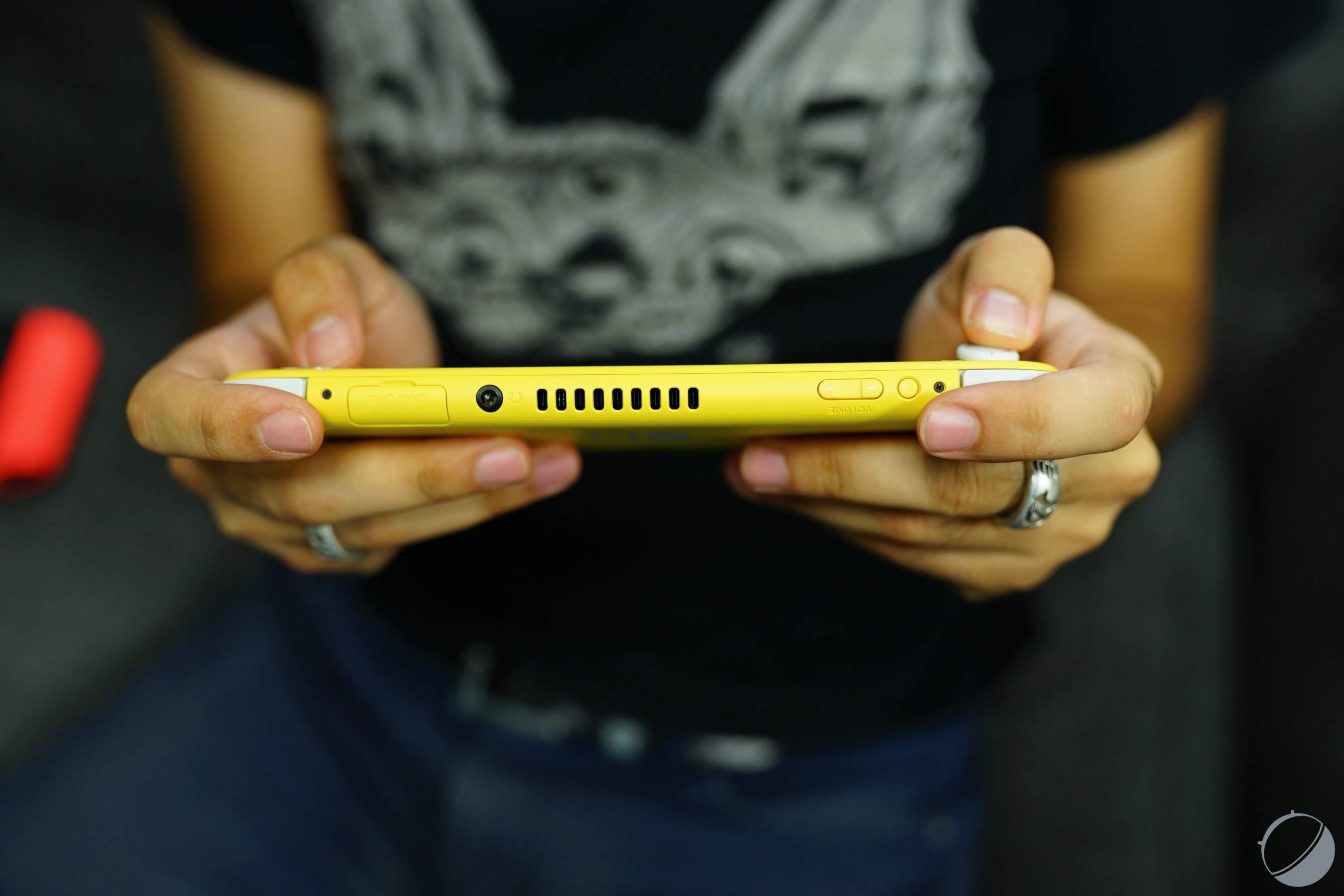 The absence of motion and vibration detection also saves battery life. However, games that rely mainly on these two mechanics become incompatible with the console. For the rest, the Nintendo Switch Lite benefits from the same game library as the Switch, namely more than 3,000 titles ranging from big AAA to indie games.

Many games on sale

To achieve this, he must complete several small tasks in order to satisfy the desires of the other inhabitants of the island as well, starting with the greedy Tom Nook. Animal Crossing : New Horizon once again deploys the mechanics (customization, interior design, etc.) that have seduced fans over the episodes, while adding some new features, such as terraforming, to refresh the experience. 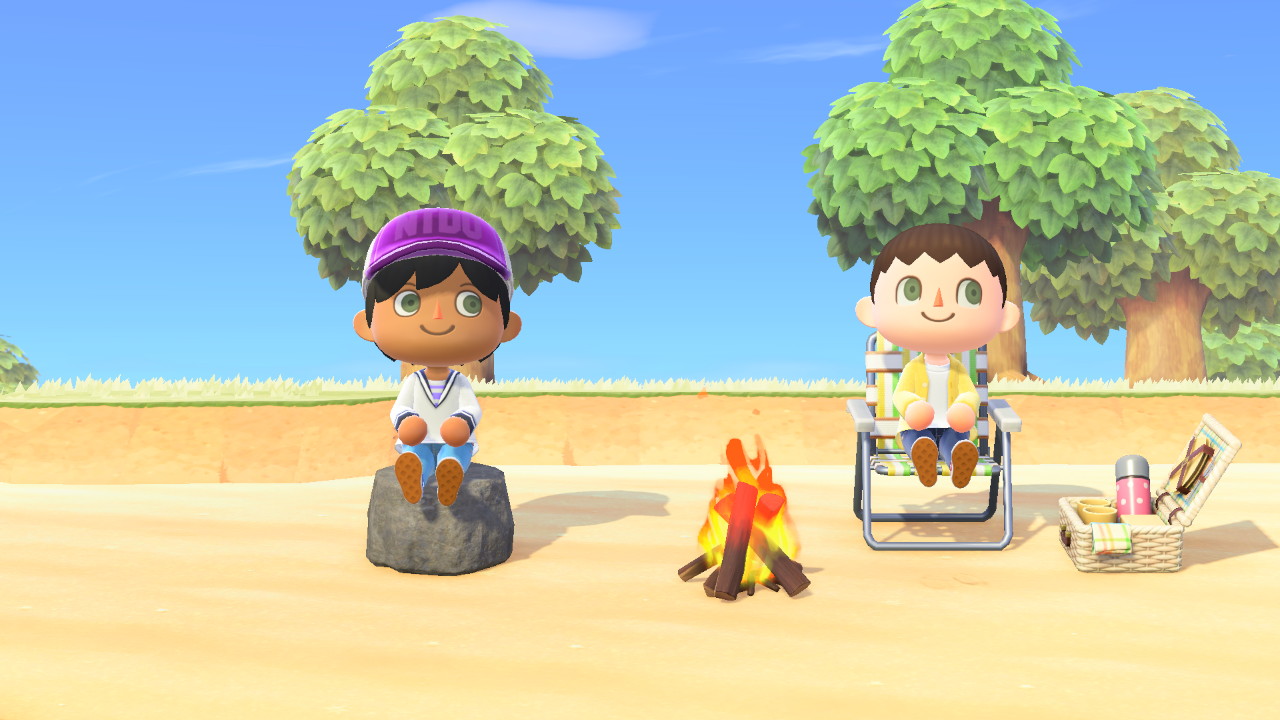 Micromania offers the Switch Lite in a pack with Animal Crossing : New Horizon and 3 months of Nintendo Online Service subscription at 249 euros. A price which also benefits from a promotion of 40 euros thanks to the code NOEL40 set up by Cofidis in the event of payment in several installments.

Of course, Animal Crossing : New Horizon isn’t the only game to take advantage of Micromania’s Fall Deals. Other Switch titles see their price melt, such as: