Between its premium configuration and its magnificent 120 Hz screen, the Samsung Galaxy Tab S7 has set a new course in terms of high-end tablet. And as if that weren’t enough, Samsung added a very interesting promotion to him at the start of the year.

Arrived at the end of last year, the Samsung Galaxy Tab S7 did not take long to establish itself as one of the benchmarks in terms of high-end Android tablet. Samsung has managed to improve the Galaxy Tab S6 formula by notably adding a 120 Hz screen on both versions of the Samsung Galaxy Tab S7 and S7 +, as well as more comfortable autonomy and support for current network standards. It is currently the best and most complete in terms of high-end Android tablets.

A competition screen for an Android tablet

When we look at the screen of the Samsung Galaxy Tab S7, we understand that it has not stolen its letters of nobility. It must be said that the high-end tablet from Samsung has an 11-inch LTPS touchscreen strong with a definition of 2,560 x 1,600 pixels and above all a refresh rate of 120 Hz. Suffice to say that you will not suffer from no slowing down when watching streaming movies and series, as during your gaming sessions. Especially since the screen is perfectly calibrated, both in terms of brightness and colorimetry. 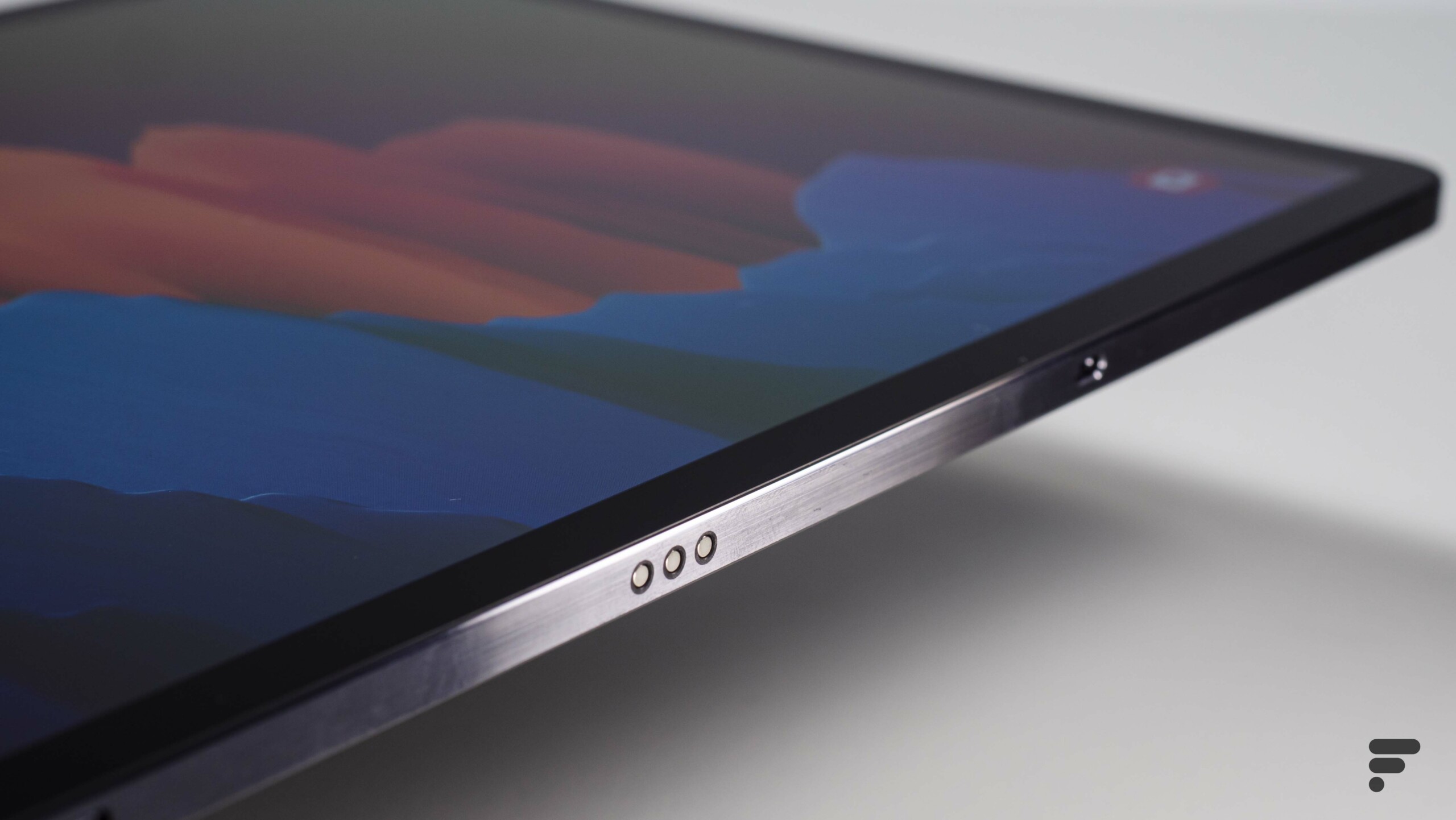 The overall design is no exception. Samsung indeed opts for an aesthetic full of sobriety, with rather thin borders and an aluminum shell with a microblasted finish, slightly grainy and very pleasant in the hand. What’s more, the Galaxy Tab S7 is rather light, with its 500 grams, which allows it to be less tiring when carried at arm’s length.

Whether in its classic version as in its S7 + version, the Samsung Galaxy Tab S7 shows excellent performance, both in daily tasks and in ultra-demanding 3D games thanks to a solid technical sheet. It thus embeds a Snapdragon 865+ chip coupled with 6 or 8 GB of RAM. 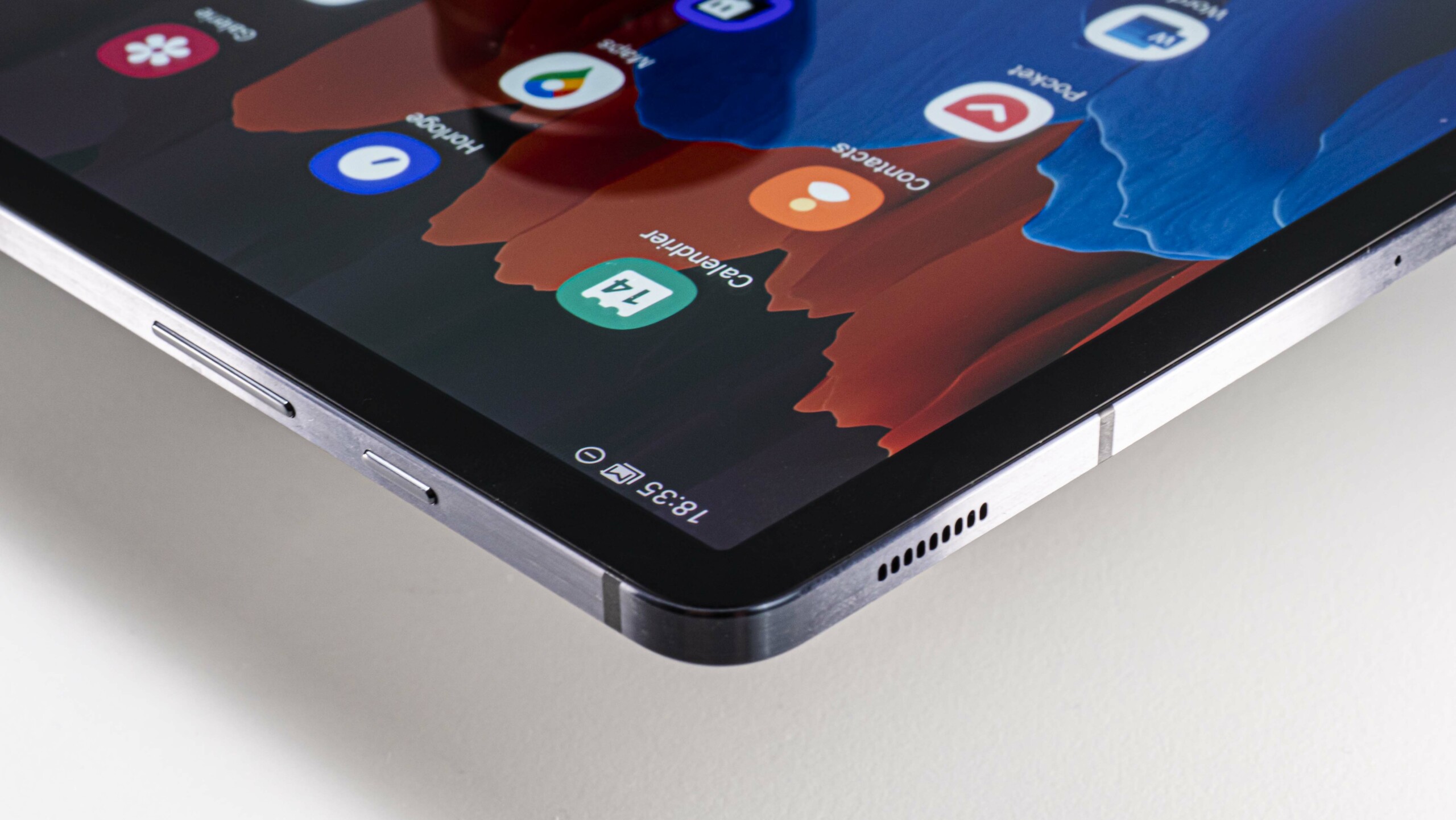 An 8,000 mAh battery is also in the game. It offers a day and a half of endurance in normal use and recharges very quickly thanks to the compatibility with the 45 W fast charge.

An improved and automatically supplied S-Pen

This new generation of Samsung tablets has another trump card up its sleeve. Unlike the Samsung Galaxy Tab S6, they now have the S-Pen connected stylus. Better, it has greatly improved, including a latency time reduced to 9 ms. 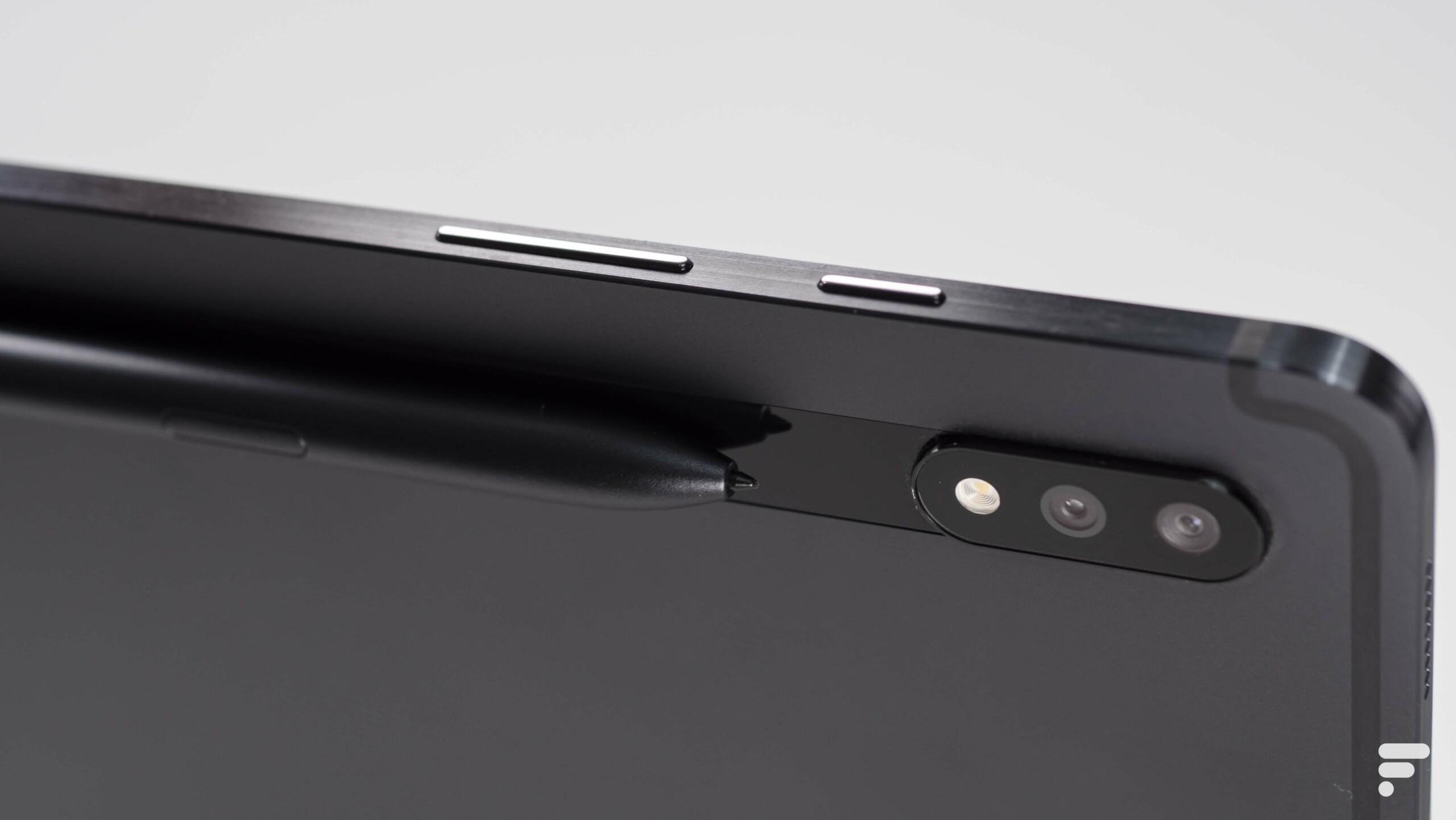 Another change, its autonomy which reaches ten hours, for only 10 minutes of charge. The Samsung S-Pen is also very precise, with no less than 4,096 pressure levels.

A great promotion with a free accessory 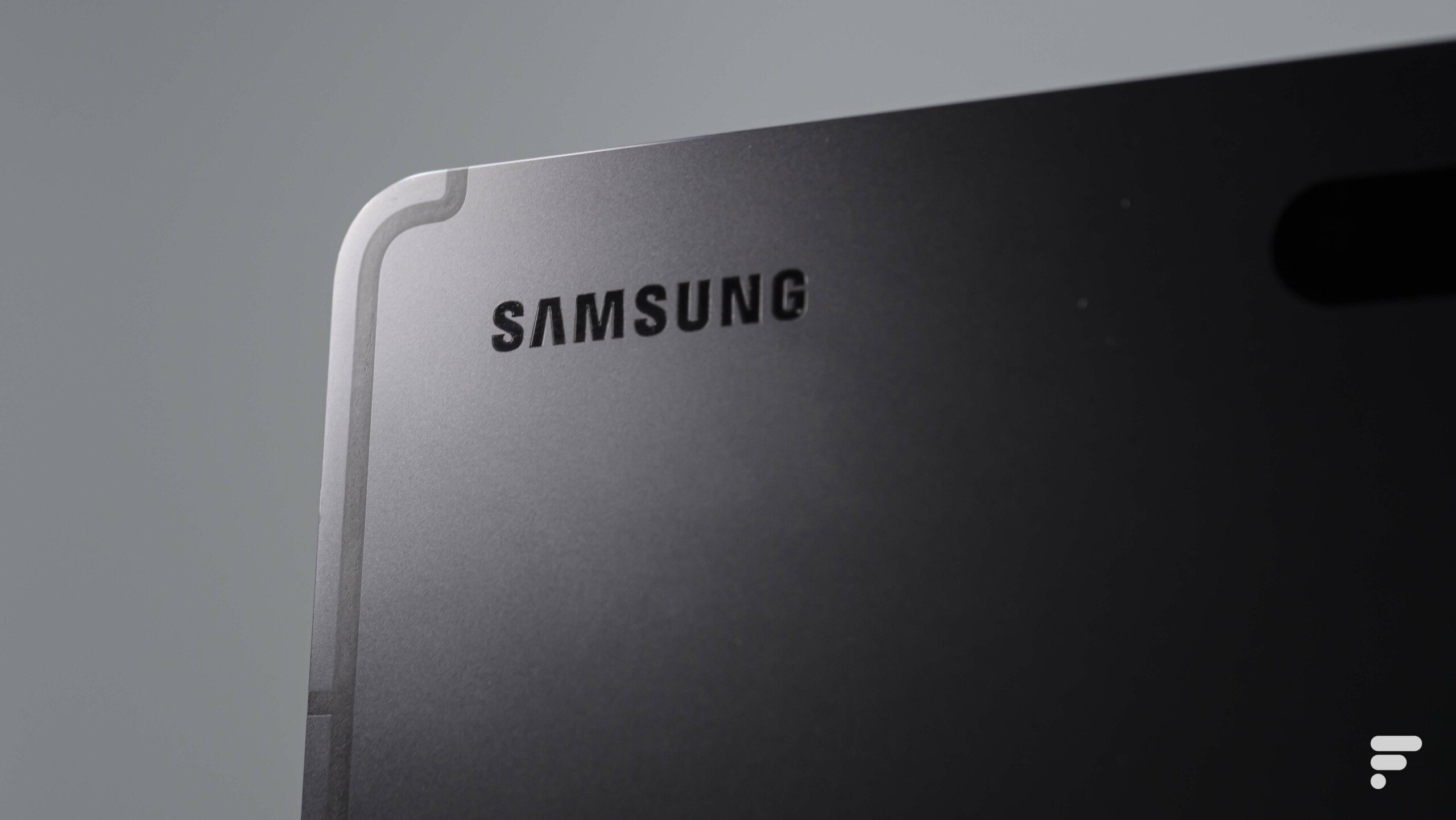 But that’s not all, since the Korean manufacturer also offers 2 years of subscription to the Samsung Care + guarantee thanks to the promo code SCTABS7A (SCTABS7B for the 4G version as well as the Samsung Galaxy Tab S7 + WiFi / 5G). A code that must be applied when you choose the “One-off payment” option.

Normally offered at 89 euros, this insurance guarantees 2 repair requests over two years, and access to a repair service by technicians approved by Samsung. Finally, all repairs are done with original Samsung parts. 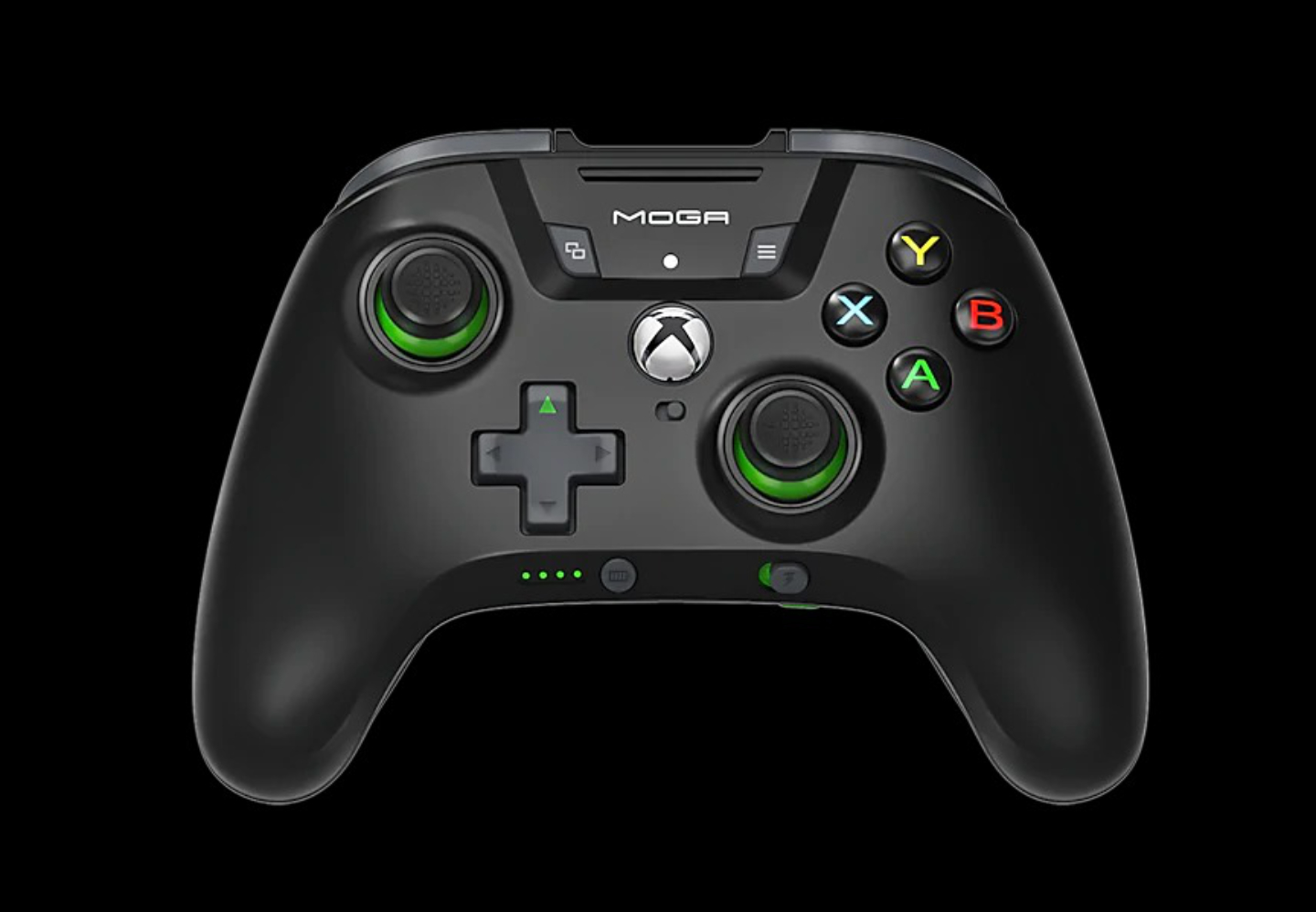 And as if that were not enough, Samsung also offers a Moga XP5-X Plus wireless controller or a Galaxy Tab S7 Book Cover for any order from a tablet. A good deal, which however only lasts until February 2.