Here is the JingPad. The project looks a little crazy: the dimensions of an iPad Pro, an ARM chip, an OLED screen, a Linux distribution that runs Android apps and even 5G. 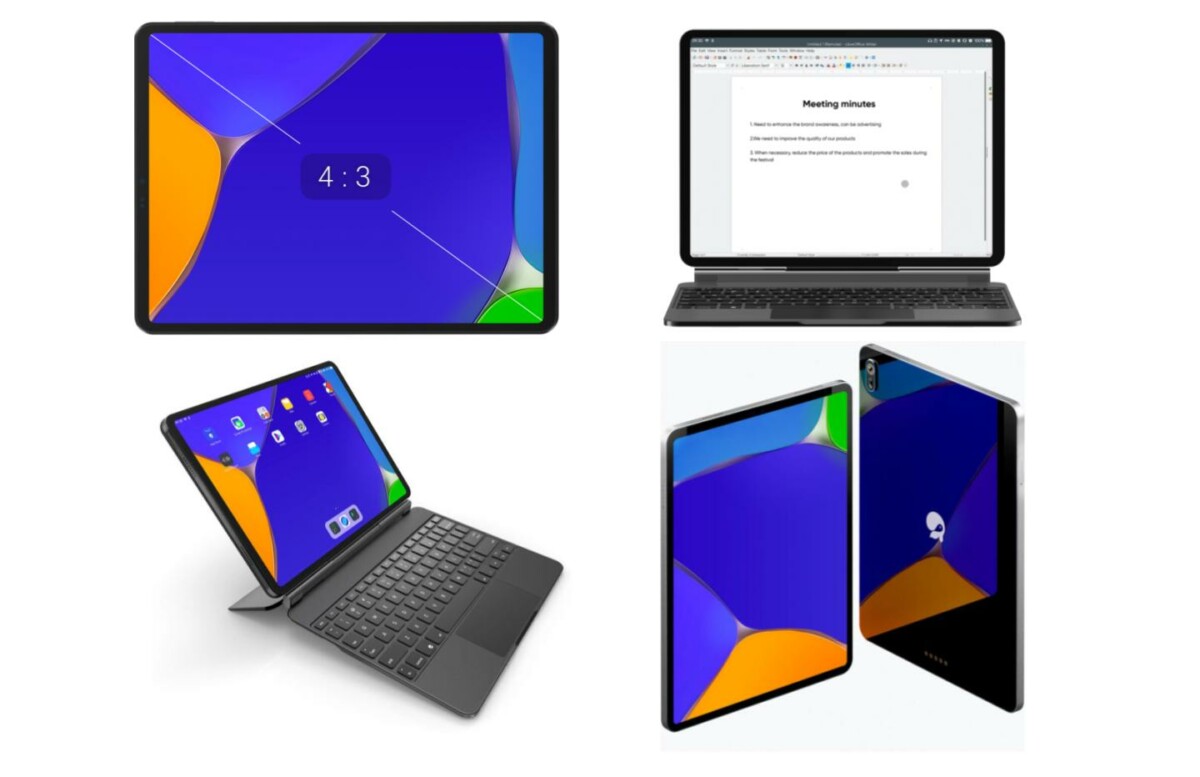 The first in a lot of categories

And although many of you say that the design of the iPad Pro is not a benchmark, it is clear the similarities between these two tablets. The JingPad A1 looks like an iPad Pro with rounded corners, the size of its screen but also the display format (4: 3). 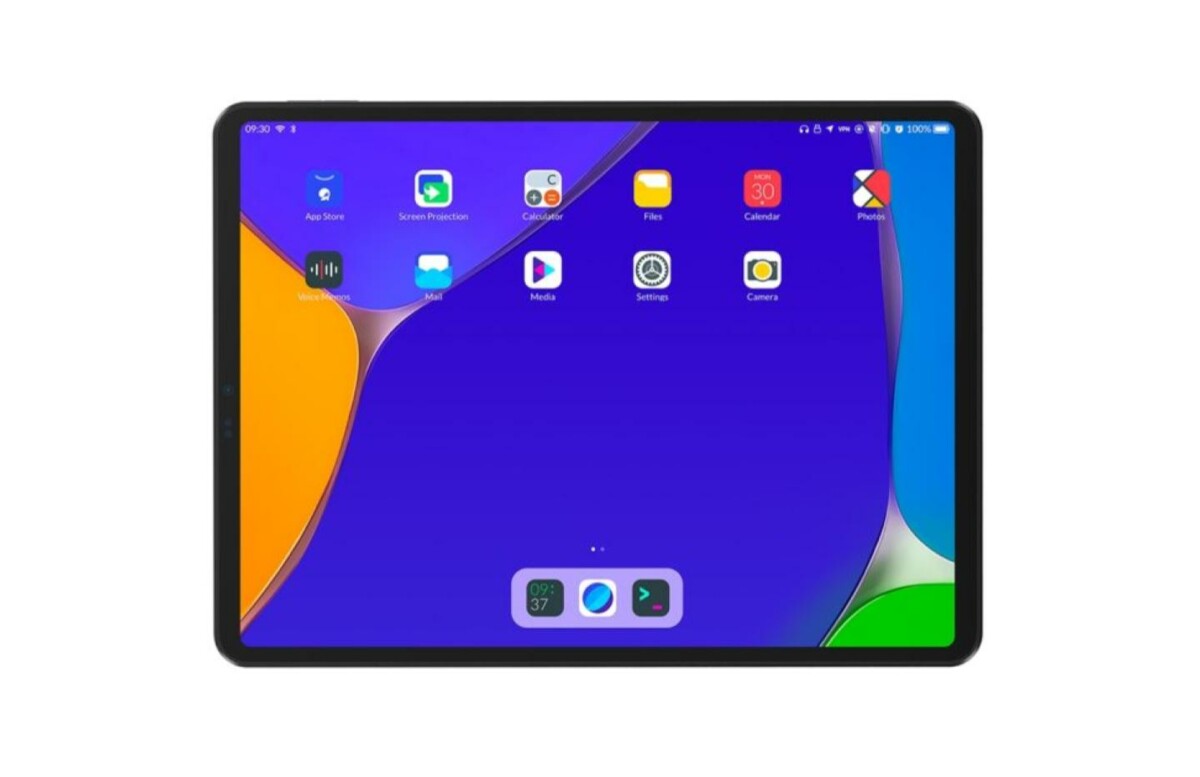 Its screen looks really interesting, it’s an AMOLED panel in 2K definition (2368 x 1728 pixels), it’s obviously tactile and it also supports active styluses with 4096 pressure levels. We also have an 8-core ARM SoC comprising 4 Cortex-A75 CPUs at 2 GHz for the big part and 4 Cortex-A55 CPUs at 1.8 GHz for the LITTLE part. The model is not specified but it looks like MediaTek on paper. The GPU part is provided by a PowerVR GM9446 GPU at 800 MHz. With all this, there are 6 GB of RAM and 128 GB of storage.

The OS has been revised to offer an interface similar to what we have on Android and iPadOS. This is a fork of the KDE Plasma Mobile interface with a custom app launcher.

In addition, it runs Android applications. It will obviously be necessary to check the compatibility, but there is no reason that it is not as effective as a Huawei MatePad Pro. These two tablets do not have integrated Google services. To run Android apps, the method has not been specified but it will probably use Anbox or hybris. As for Linux apps, native Linux apps Qt5 (and Gtk3 / 4) are running.

We will also specify the presence of a 4G / 5G modem, Wi-Fi obviously and Bluetooth, with a battery capacity of 8,000 mAh, two photo sensors on the back and one on the front.

Be careful with projects of this type

On this type of project, be very careful. It is not a tablet to put in all hands. In addition, its launch is similar to a project Kickstarter, the deadlines will certainly not be met and there is always a probability that nothing will be delivered.

Whether it’s just for fun or for work, discover our selection of the best tablets of the moment.
Read more