Xiaomi is preparing to unveil the Redmi Note 9T. According to the first details available, it should shine with its autonomy. 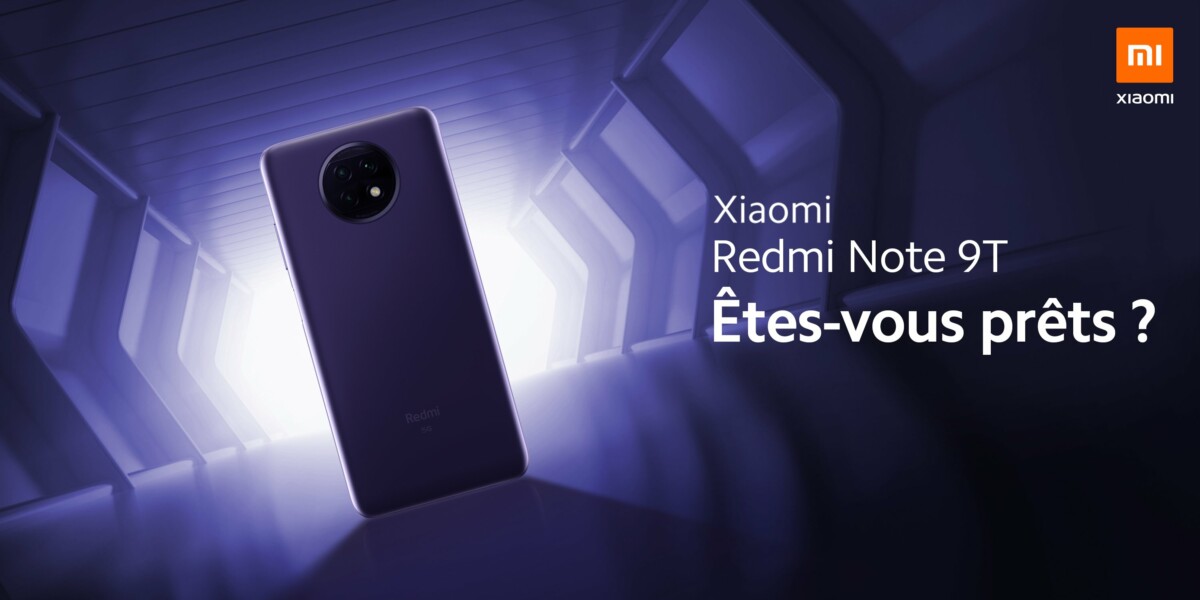 New year, new wave of Xiaomi smartphones. While we are particularly waiting for the Xiaomi Mi 11 Pro which should not be long any longer, the Chinese brand is accelerating the pace on the entry level with the upcoming arrival of the Xiaomi Redmi Note 9T

An announcement this week

Xiaomi begins to communicate on its new entry-level smartphone, the Redmi Note 9T. For now, the brand has not revealed the entire technical sheet of the phone, but already promises 5G and shows the back of the device.

It features a photo module made up of 4 sensors arranged in a square in a circled area, somewhat reminiscent of the OnePlus 7T to name but one.

The presentation will therefore take place on Friday January 8, 2021 at 1 p.m. French time.

A tweeter known as Abhishek Yadav claims to know the technical characteristics of the phone. Visual in support, he argues that the Redmi Note 9T would be equipped with a 6.53-inch Full HD + screen, a MediaTek Dimensity 800U SoC, a 5000 mAh battery that promises gargantuan autonomy, an 18 Watt charger and would be NFC compatible.

These details obviously remain to be taken with a grain of salt, the source not being particularly known, but the dissemination of visuals corresponding to the official images of Xiaomi suggests that its information is reliable.

As a reminder, the Xiaomi Redmi Note 9 is a benchmark in the low-cost smartphone segment. Launched at 200 euros and now available from 149 euros, it has lived up to everything you would expect from a phone at this price or almost. Hopefully the Redmi Note 9T will be able to improve the formula and bring a little more performance to the set to allow access to more games.

The Xiaomi Redmi Note 9 is a low-cost smartphone that intends to appeal to the most modest budgets. However, he must make some compromises to get there. Here is our full test.
Read more