Fortunately, the price of SSDs is not as high as it was a few years ago. The proof with the reference CS900 in 960 GB from PNY which is available today at only 79.99 euros on Amazon. This is the lowest price seen to date. 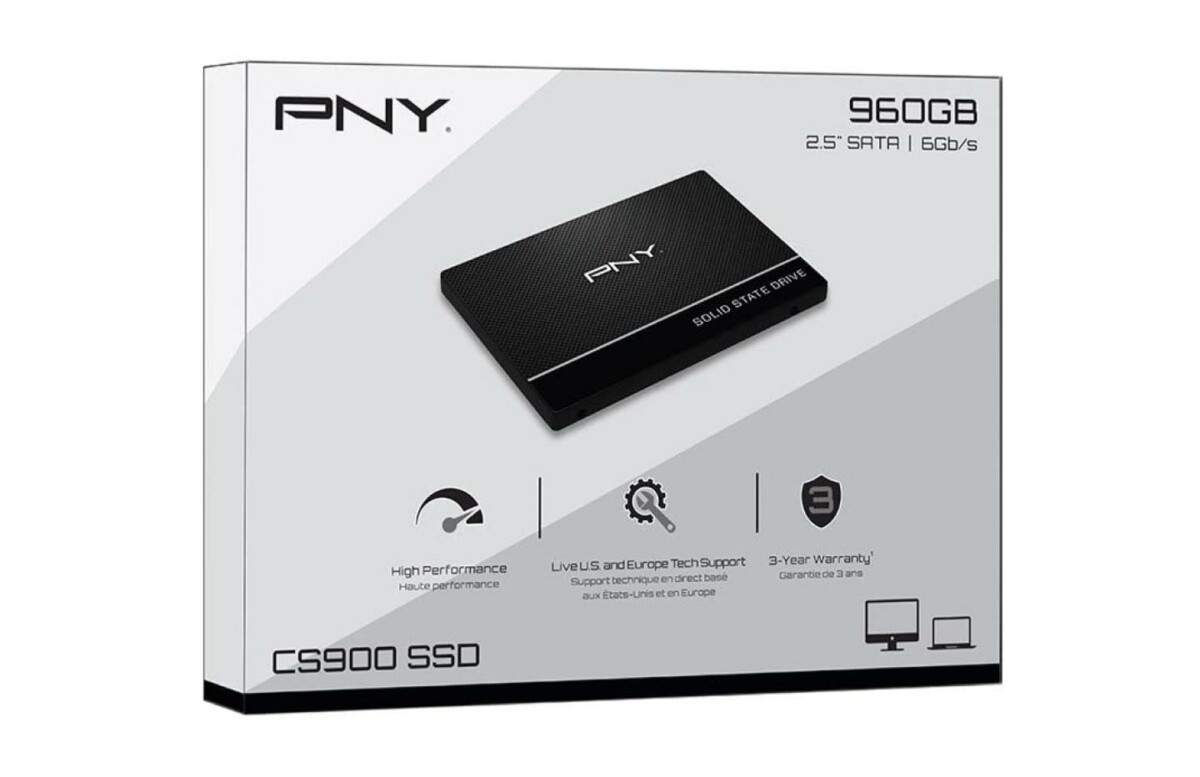 Since the arrival of NVMe technology, classic SSDs that connect to SATA have become more and more affordable. Today, let’s take the example of the PNY 960 GB SSD, its capacity / price ratio is simply unbeatable thanks to this promotion: only 8 cents per GB.

Instead of a hundred euros usually, the PNY CS900 SSD with a capacity of 960 GB is now available on sale for only 79.99 euros on Amazon.

If you don’t need such a large capacity, note that the model with 240 GB is also at a reduced price: 24 euros instead of 30.

Like most SSDs, PNY’s opts for the classic 2.5-inch format. A standard size that allows it to fit inside a PC tower as well as a laptop, with the exception of ultrabooks where it will be necessary to favor the NVMe format.

Besides size, there are other advantages inherent to SSDs over traditional hard drives, such as their design devoid of mechanical parts to better withstand shock and vibration. A significant point for the longevity of your data.

The PNY 960GB SSD also offers a high transfer speed, estimated at 550MB / s read and up to 515MB / s write, depending on your configuration. To have an idea, it’s 3 to 5 times faster than a conventional HDD. Your operating system and installed software will run much faster than before, especially video games which will see their loading times greatly reduced.

Easy to install, it connects with a SATA III cable not supplied. Don’t panic, an instruction booklet is there to guide you step by step through the installation. Note also that the SSD has a 3 year warranty from the manufacturer.