7 screens … on a single laptop equipped with desktop components, this is the concept of the Aurora 7 from Expanscape, an English brand specializing in utility laptops that can be repaired directly by the user. This prototype beats all other multi-screen laptops presented so far … 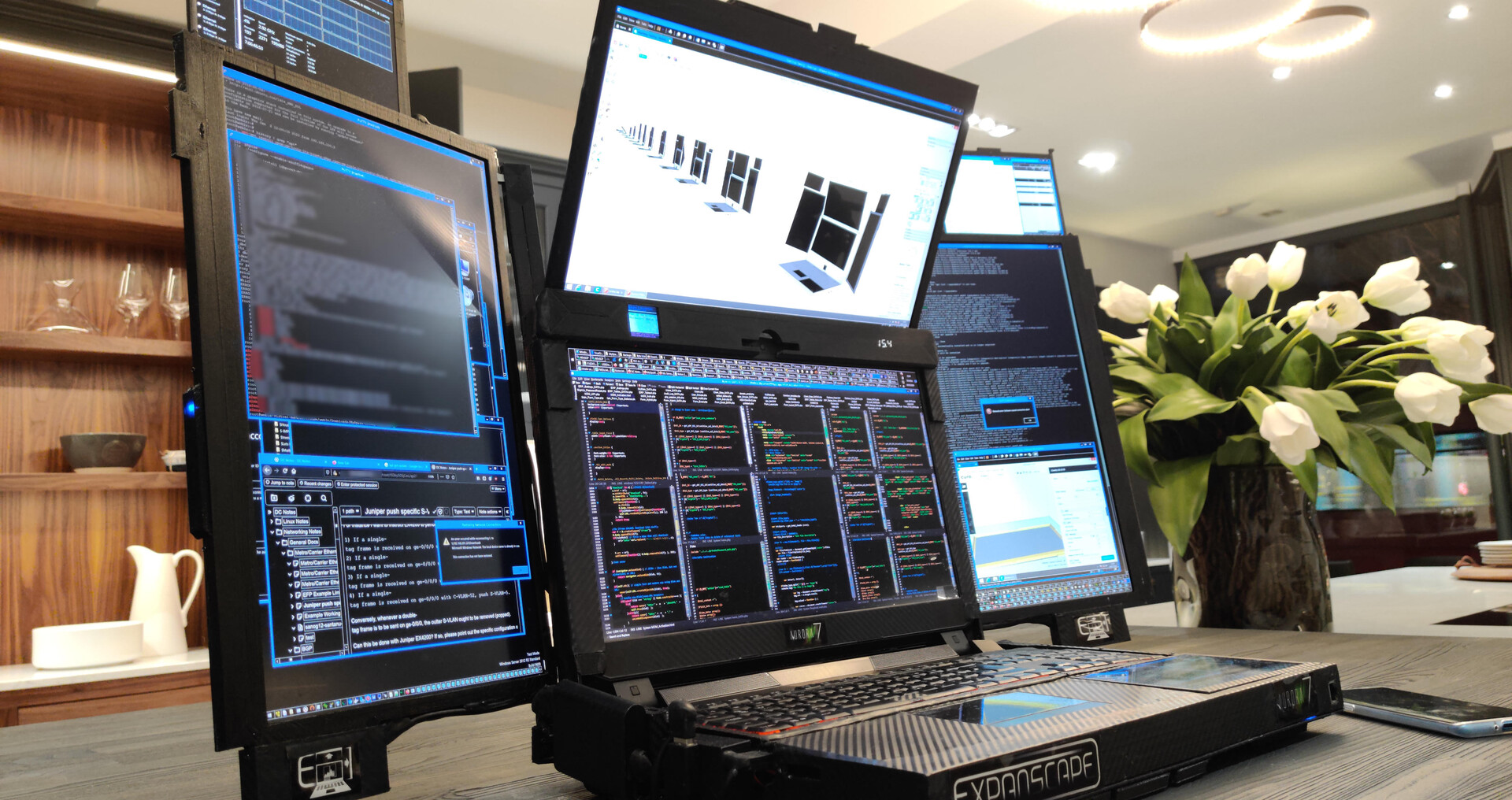 Here is the Expanscape Aurora 7, a monster equipped with seven folding screens and whose autonomy does not exceed one hour // Gamesdone: Expanscape

Do you like atypical machines? With the Aurora 7 you are served. This strange prototype laptop PC manufactured by the British manufacturer Expanscape features no less than 7 screens. Enough to send the Razer Valerie project, presented at CES 2017, to oblivion, and eclipse the ASUS ZenBook Duos and their dual-screen concept, except in terms of compactness. Because the Aurora 7 is clearly not intended to be a laptop PC like any other. It should rather be seen as a desktop PC that can be transported … provided you have strength (it weighs almost 12 kilos!).

Moreover its technical sheet is not mistaken, there are components dedicated to the desktop world, in addition to three Ultra HD monitors (3840 by 2160 pixels) of 17.3 inches attached to an Ultra HD central panel as well. Two are positioned vertically on either side, and another sits horizontally above. The other three screens are limited to a diagonal of 7 inches for Full HD definition. Two are integrated above the monitors in portrait format, and the third to the right of a small trackpad, under the numeric keypad.

A desktop Core i9 in control

To bring its PC to life, Expanscape has so far chosen a Core i9-9900K (8 cores / 16 threads clocked up to 5.0 GHz) coupled with a GeForce GTX 1060 and 64 GB of RAM. . For the rest, there is 2.5 TB of SSD storage and an additional 2 TB on hard disk. connectivity is based on three USB 3.0 ports, a Thunderbolt 3 port and an HDMI output, while connectivity is for its part limited to Wi-Fi 802.11 ac (Wi-Fi 5) and Bluetooth 4.2. Note that other laptop manufacturers sometimes rely on desktop components, this is for example the case of the American manufacturer Origin PC which recently added a Ryzen 9 3950X to its EON15-X.

Unsurprisingly, the Aurora 7 is not a monster of autonomy. To power the seven screens of the machine, Expanscape nevertheless relies on a large 148 Wh battery. A second battery, 82 Wh this time, is responsible for supplying the rest. In all, the device barely lasts an hour on battery, but the English brand thinks it can do better on a future version. 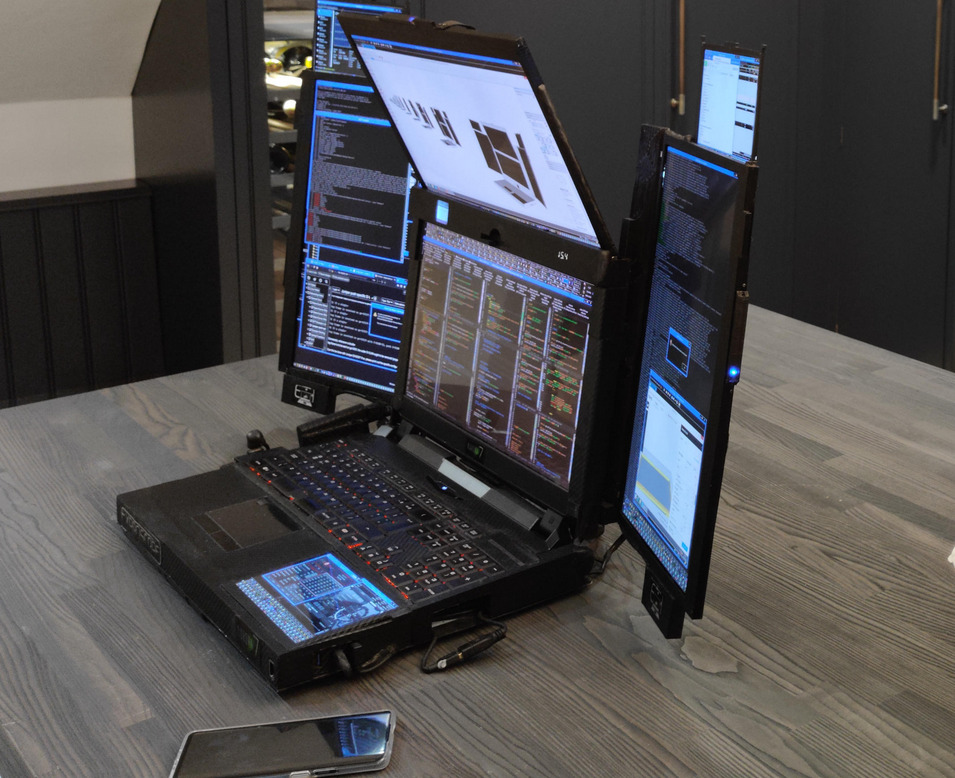 The device, which is mainly proof of concept, will not be marketed in this form. Expanscape intends to work on a new version whose weight would be kept below 10 kilos. This time we would find an AMD 16-core desktop processor, a GeForce RTX, up to 128 GB of RAM and a maximum of 16 TB of storage. If it were to be marketed, NoteBookCheck indicates that the device could be used for certain scientific professions for heavy computing, but also for the world of finance, security developers or even certain content creators. The Aurora 7 could finally be used as a “mobile” platform for security operations.