OPPO has just launched a new smartphone for less than 200 euros: the OPPO A53s. And it is undoubtedly one of the most generous devices in terms of technical sheet of this end of the year. 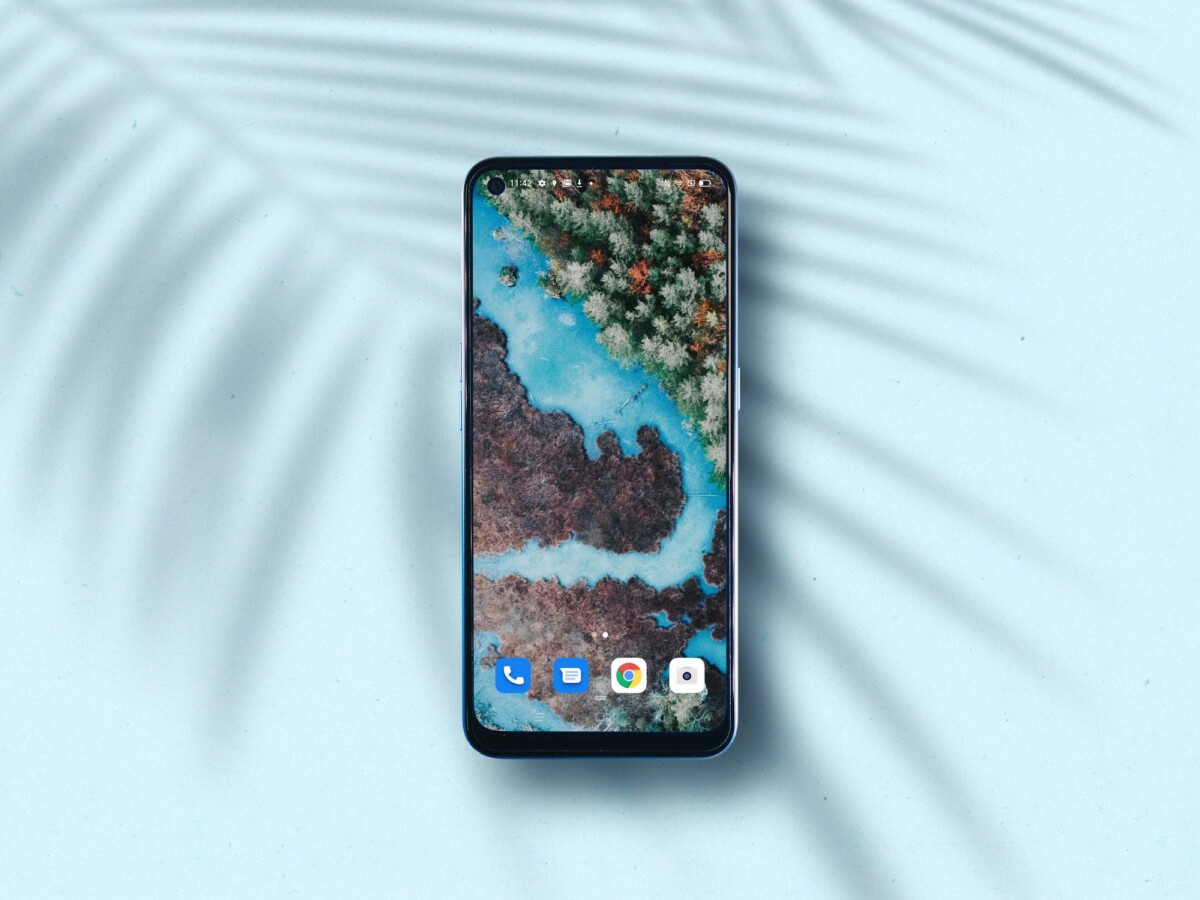 The OPPO A53s is a smartphone that relies on its value for money. It is sold for less than 200 euros, and yet its technical sheet does not look at all like the one you can find on a smartphone of this price range. 90 Hz screen, 5,000 mAh battery, triple dorsal camera, stereo speakers… its generosity is surprising!

The OPPO A53s is already available for sale in the main online stores. For its launch, it already benefits from 20 euros immediate discount. Its price therefore increases to 179 euros !

For many people, screens with a high display frequency have become simply indispensable. You only need to have tasted it once to never want to go back. This type of display is generally found on smartphones over 400 euros. 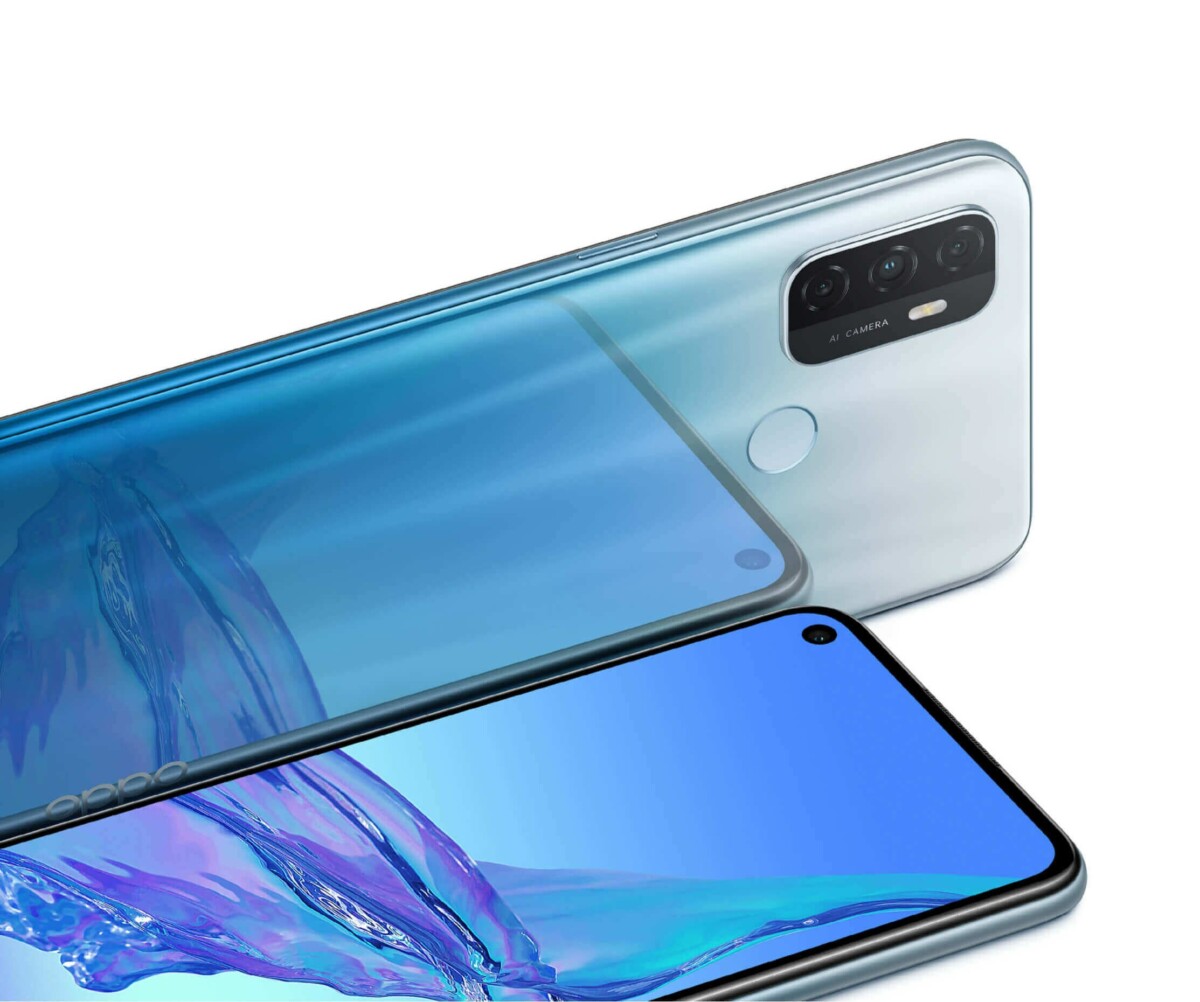 In the case of the OPPO A53s, its IPS LCD screen measures 6.5 inches diagonally with HD + definition. But above all, its refresh rate can go up to 90 Hz.

The vast majority of smartphones have a 60Hz screen. So you will have a smoother feeling in use, especially when scrolling through web pages, social networking applications or launching certain games.

The OPPO A53s has a battery with a capacity of 5000 mAh. The power of a battery is measured in mAh (milliampere-hour). This number indicates how much power a battery can deliver without stopping for at least an hour.

For this smartphone, this concretely means that it will last two days, while most smartphones do not exceed 24 hours of use without needing to be recharged. OPPO announces 500 hours of standby time for the OPPO A53s. 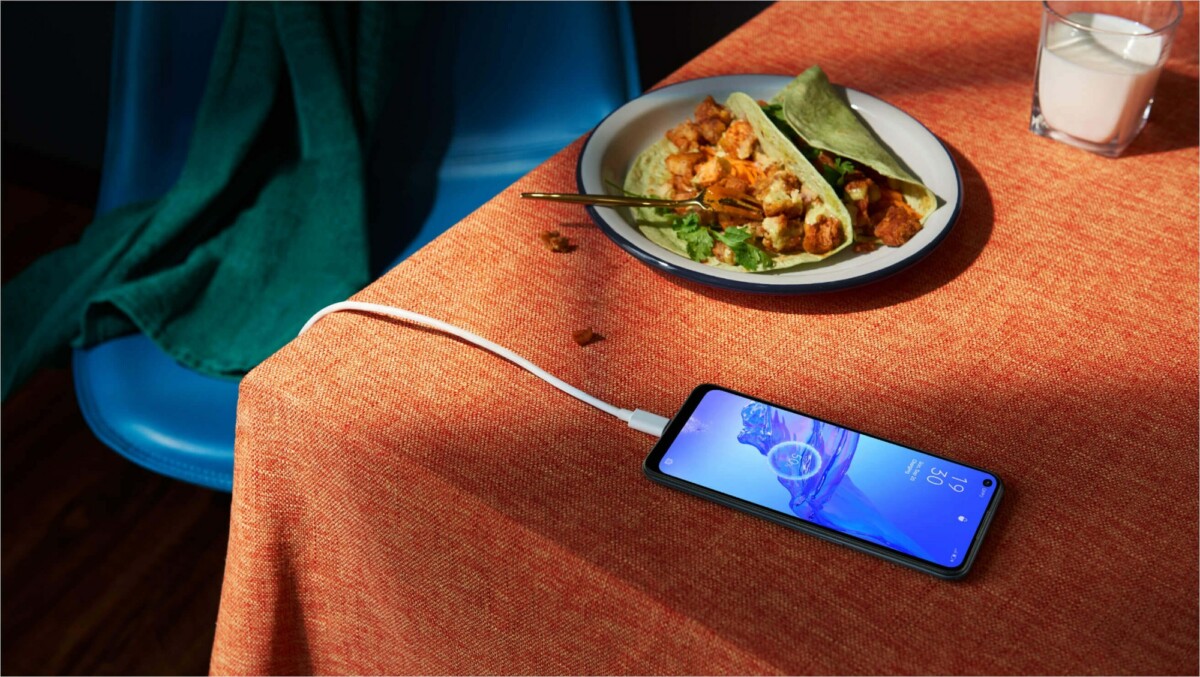 To charge this large battery, also note the presence of a “fast” charger of 18 Watts, supplied in the box of the device.

There is no less than 128 GB of internal storage on the OPPO A53s. This is a significant amount that will allow you to store your photos, videos or documents … but also to install your applications and games without being afraid of filling the available storage space.

Also note that you can extend this storage thanks to the micro SD slot which can accommodate a micro SD card of up to 128 GB. 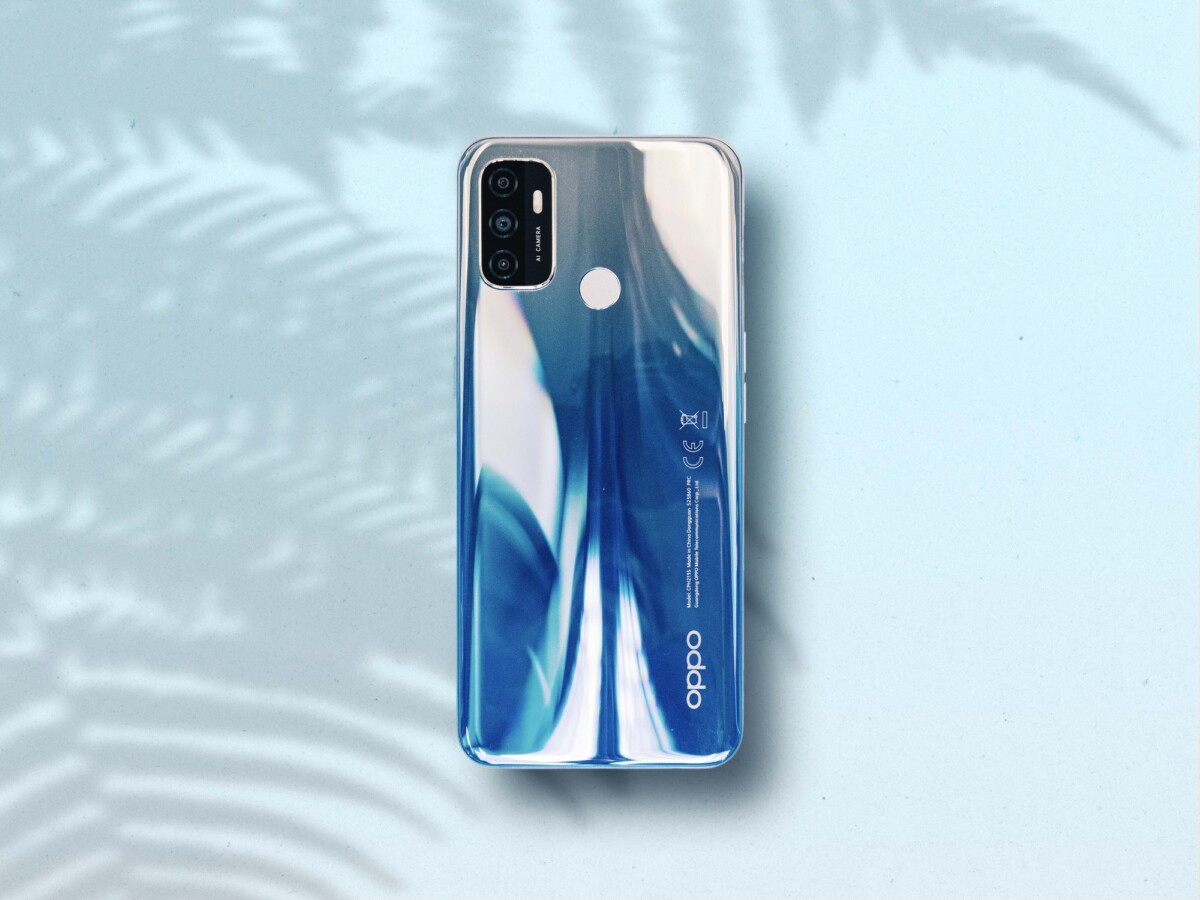 The OPPO A53s also incorporates the latest Qualcomm chip, the Snapdragon 460, associated with 4 GB of RAM. It is the chip which integrates the processor (CPU), the graphics chip (GPU) but also various components including the modem which allows it to receive 4G +.

On the back of the smartphone are three cameras. For less than 200 euros, it is quite rare for smartphone manufacturers to opt for such a large number of cameras. There is a main sensor of 13 megapixels, a macro camera and a depth camera of 2 megapixels each. 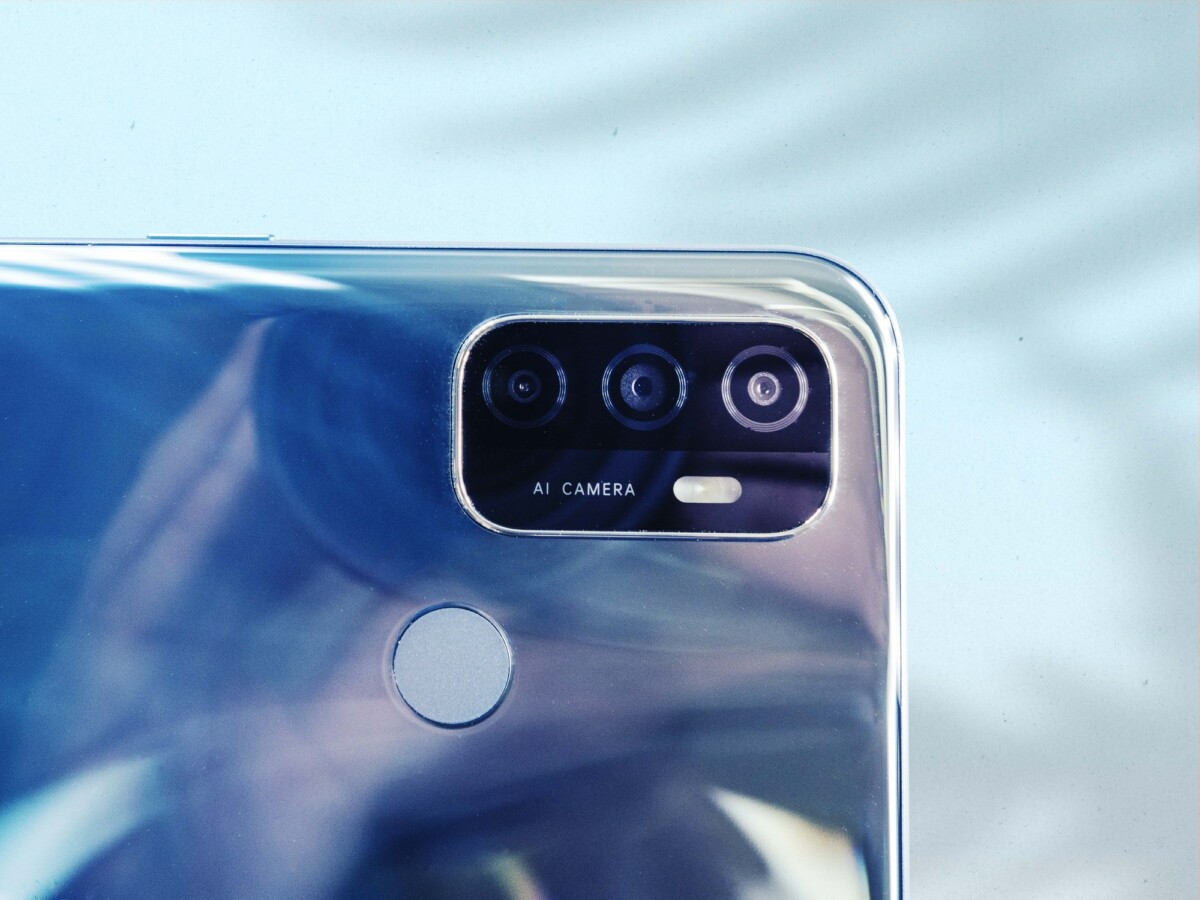 Why so many cameras on the OPPO A53s? This allows for more versatility. The macro mode will allow you to take original photos, up close, while the depth camera allows the A53s to offer a well-executed portrait mode.

At less than 200 euros, manufacturers often compromise on design, with large notches in the screen or poor quality materials. The OPPO A53s, on the other hand, has a clean design with a slightly curved shell and a thickness of only 8.4mm (despite a large battery). The front photo sensor is located in a small bubble, directly in the screen. 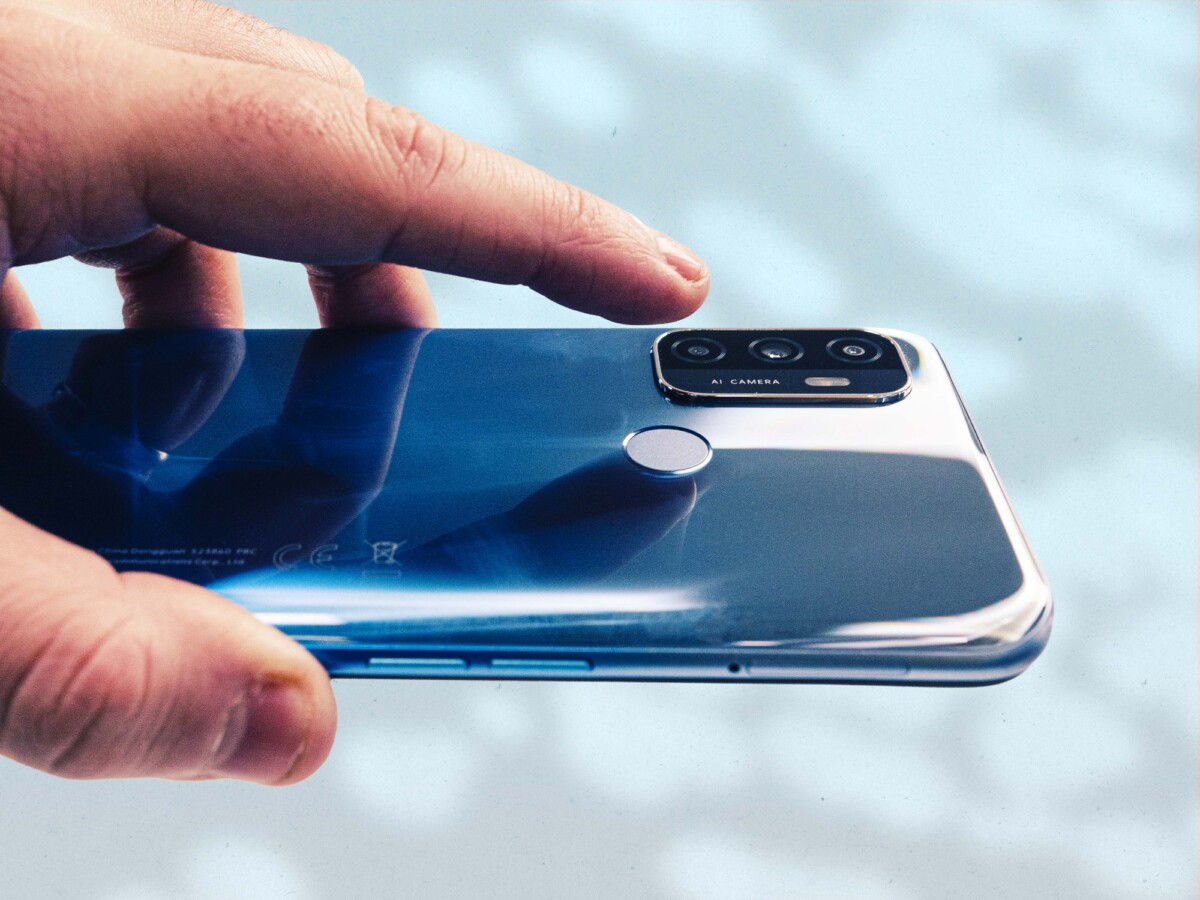 It also has a fingerprint sensor placed on the back and a photo block that protrudes very little. The OPPO A53s is available in two colors: Tropical Blue or Ocean Black.

Finally, the OPPO A53s incorporates stereo speakers. This is a feature not found on devices of this price point, which typically use a single speaker for monaural sound.

The OPPO A53s is already available, at only 179 euros

Launched a few days ago in France, the OPPO A53s is already available for sale. You can find it in the main French online stores at the price of 179 euros at Fnac, Cdiscount, Boulanger or RED by SFR store.