Oculus has announced many improvements for its Oculus Quest 2 virtual reality headset. It thus sees the arrival, among other things, of the 120 Hz refresh rate or even wireless compatibility with PCs. 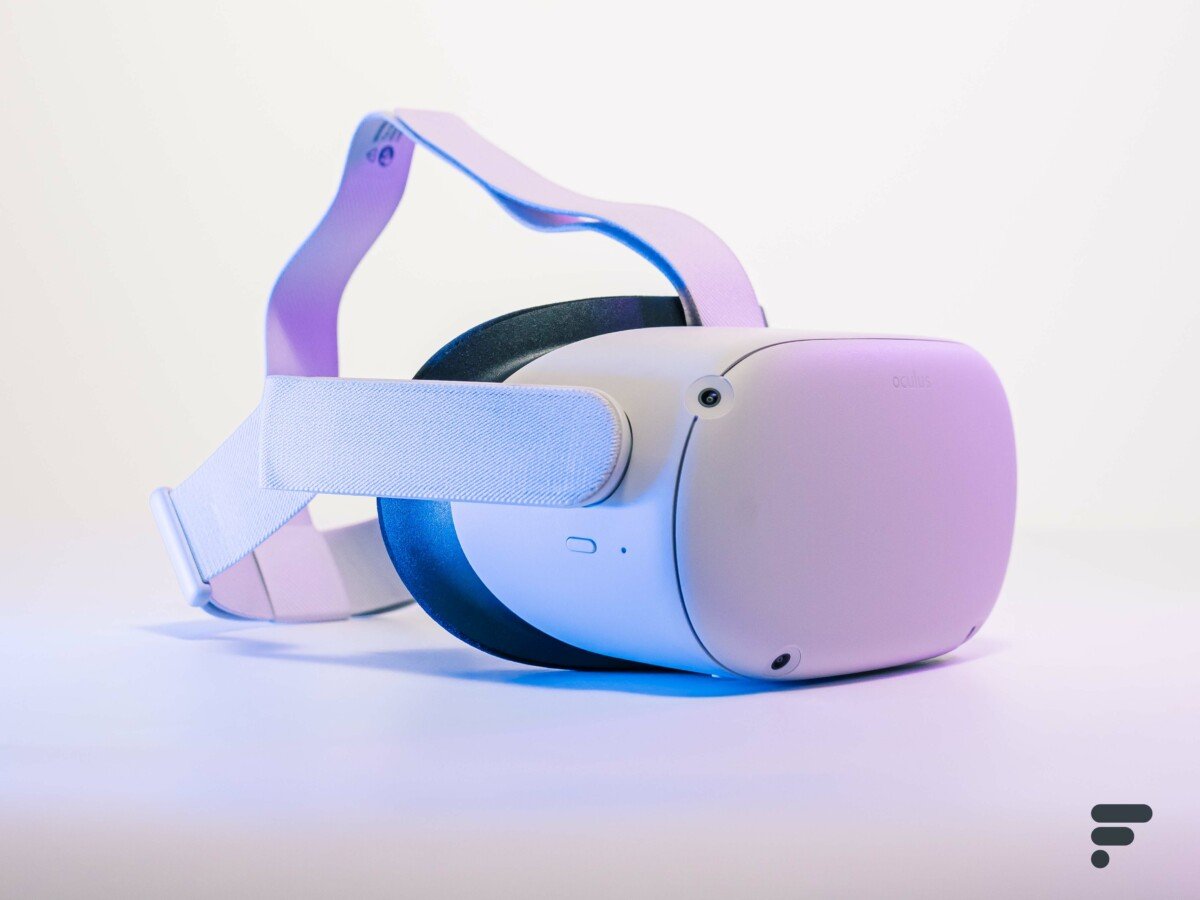 There is really only for the Oculus Quest 2 headset. The pioneering company of virtual reality has, it is true, stopped the production of its Oculus Rift S to concentrate all its forces on its autonomous and versatile device. Oculus VR does not stop providing it with multiple updates and fine-tuning its use.

After multi-account and application sharing, the addition of Facebook Messenger, support for voice interactions or even 90 Hz on the screen, the virtual reality branch of Facebook announced on its blog new functions to strengthen his flagship helmet.

Long awaited, native 120 Hz support will finally be effective to make the gaming experience smoother. The headset has enhanced graphics processing power that will allow it to fine-tune the display and support a higher refresh rate. Initially blocked at 72 Hz, the Oculus Quest 2 now works by default at 90 Hz, whether for system software, Explore, the Store, the browser or even Oculus TV. Many applications are now improved to support 90 Hz (Echo VR, Vacation Simulator, Down the Rabbit Hole…). 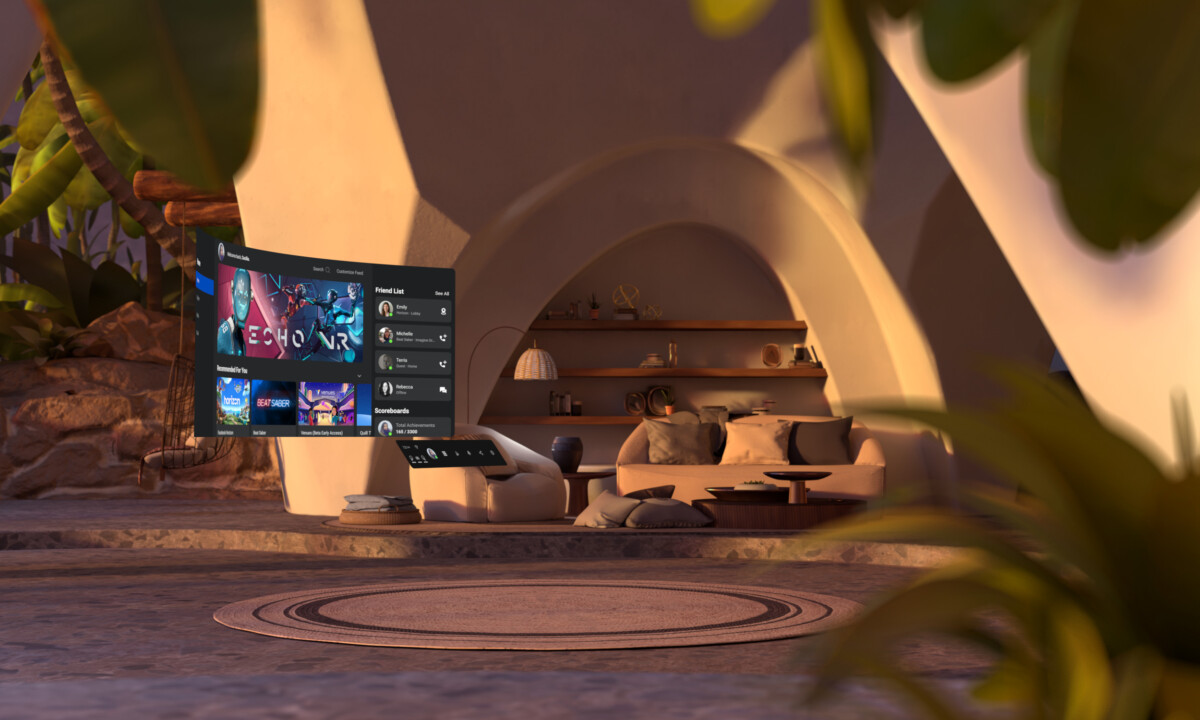 But for slightly more muscular experiences, the rate of 120 Hz will offer another dimension to virtual reality video games. Applications running at 120 Hz natively will soon be available on the Oculus Store. The update for the Oculus Link will be available soon.

For users, it will be enough to choose the frame rate in the Experimental panel. By default, the system software remains at 90 Hz, but it is possible to go down to 72 Hz for more comfort and autonomy. It is also possible to remain in 120 Hz and the applications which will be gradually compatible will switch automatically.

The strength of the Oculus Quest 2 is to be free of any thread for its experiences in virtual reality. However, the firm has granted it compatibility with the Oculus Link cable to allow it to enjoy more resource-intensive experiences and games by connecting to a PC. What he loses in autonomy, the player gains in power. But soon it will be possible to do a bit of both.

The Air Link function will soon be available in Experimental mode on the helmet. This means that, if you have a great Wi-Fi connection, you will be able to stream your VR games from your PC to the Quest 2 via Air Link. Oculus advises not to be more than 6 meters from the Wi-Fi router to play and to connect the PC in Ethernet for more efficiency (Air Link on the 5 GHz network of the Wi-Fi). 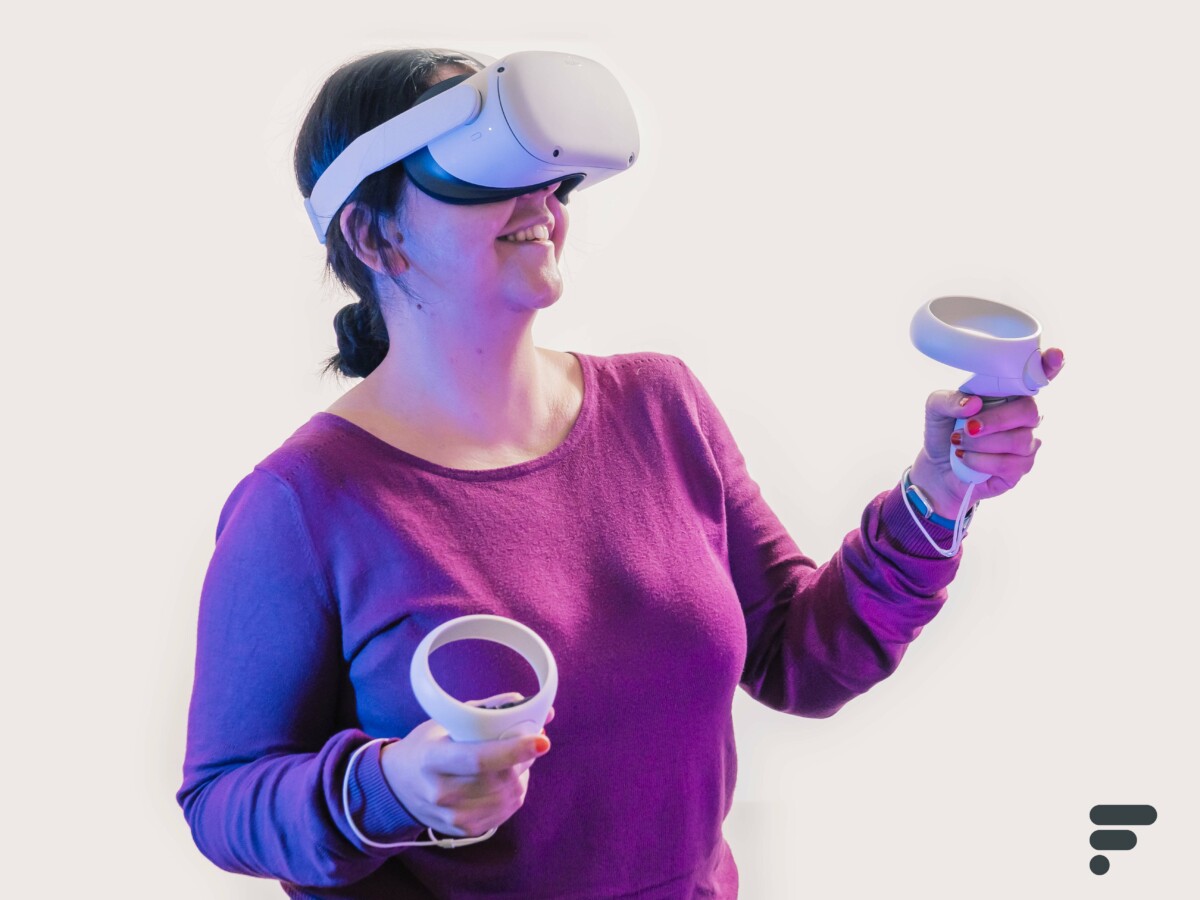 Another advantage of Air Link is that you can charge your headphones while playing. Only one cable at a time!

To use Air Link with the Quest 2, you must download and install the Oculus PC application, being sure to have version v28. You will need to enable the Beta tab from Settings to access Air Link. On the Quest 2, activate Air Link from Experimental mode in Settings.

Announced during the last Facebook Connect, Infinite Office had been unveiled. This is a set of features in Oculus Home to enable work in virtual reality. This is not just tools for remote collaboration, but a way to be more productive and flexible by offering a virtual keyboard.

You can add your mouse or your trackpad connected by Bluetooth to your VR space. Infinite Home also adds the integration of physical surfaces and the possibility of following your physical keyboard which is integrated into your virtual reality. You physically tap your keys for a more realistic rendering. Logitech has partnered with Oculus for greater compatibility with the Logitech K830 keyboard in particular and which will appear with its true design in your headset. 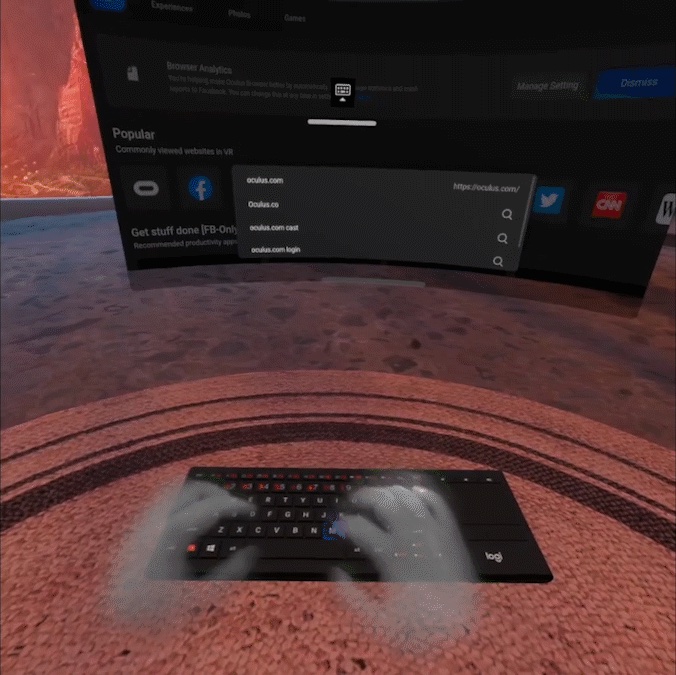 The Quest 2 then makes it possible to make virtual its physical office or any other piece of furniture that can be integrated into your home environment. Then it’s up to you to define each work area. The sensors are responsible for defining the limits of your virtual office.

All these new features will be available in the v28 update of the Oculus Quest 2 which will be deployed soon.