Being a member of Fnac includes many advantages, and in particular the possibility of taking advantage of exclusive discounts on the best tech products. The Asus Chromebook Flip C433 is a very good example since it benefits from 100 euros of immediate discount. 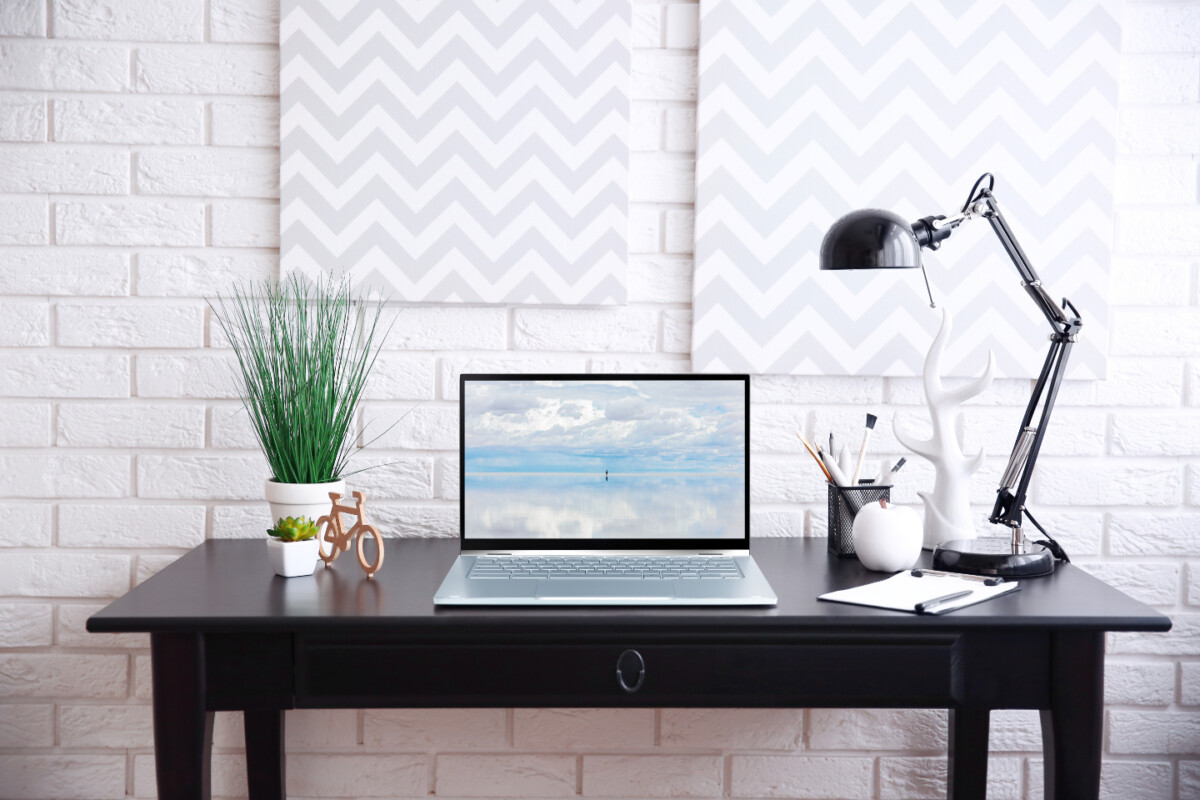 While Chromebooks are great laptops for efficient work, some models are also great for entertainment purposes. Indeed, Chromebooks have this strength to be extremely versatile. And in the genre, the Asus Chromebook Flip C433 is a real model.

All the more so when he takes advantage of a reduction at Fnac. Thus, members of the Fnac + card see the price of the Asus Chromebook Flip C433 plummet by 100 euros and so go to 599 euros instead of 699 euros.

A high-end 2-in-1 Chromebook

The least that we can see against the Asus Chromebook Flip C433 is how it contrasts with classic Chromebooks. Indeed, its ultra-thin aluminum frame and the “Diamond Cut” metal frame on its edges give it an aesthetic that is as sober as it is upscale. 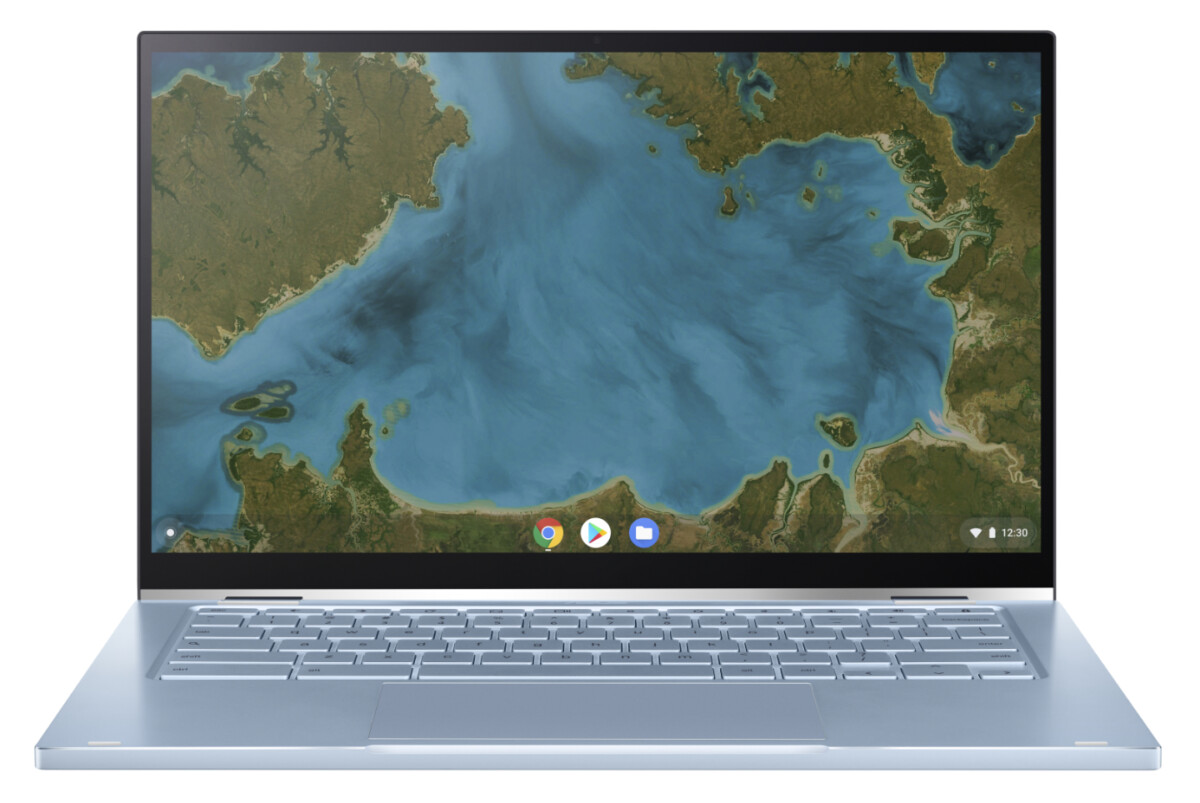 The main advantage of the Asus Chromebook Flip C433 is its screen. This relies on LED technology and offers a diagonal of 14 inches. A size that is the right compromise between mobility and a pleasant display surface. The borders around the slab are ultra-thin with only 5.5mm thick on the sides, which allows it to occupy 85% of the front facade. In addition, its Wide View panel with a viewing angle of 178 ° increases comfort when watching films and series. 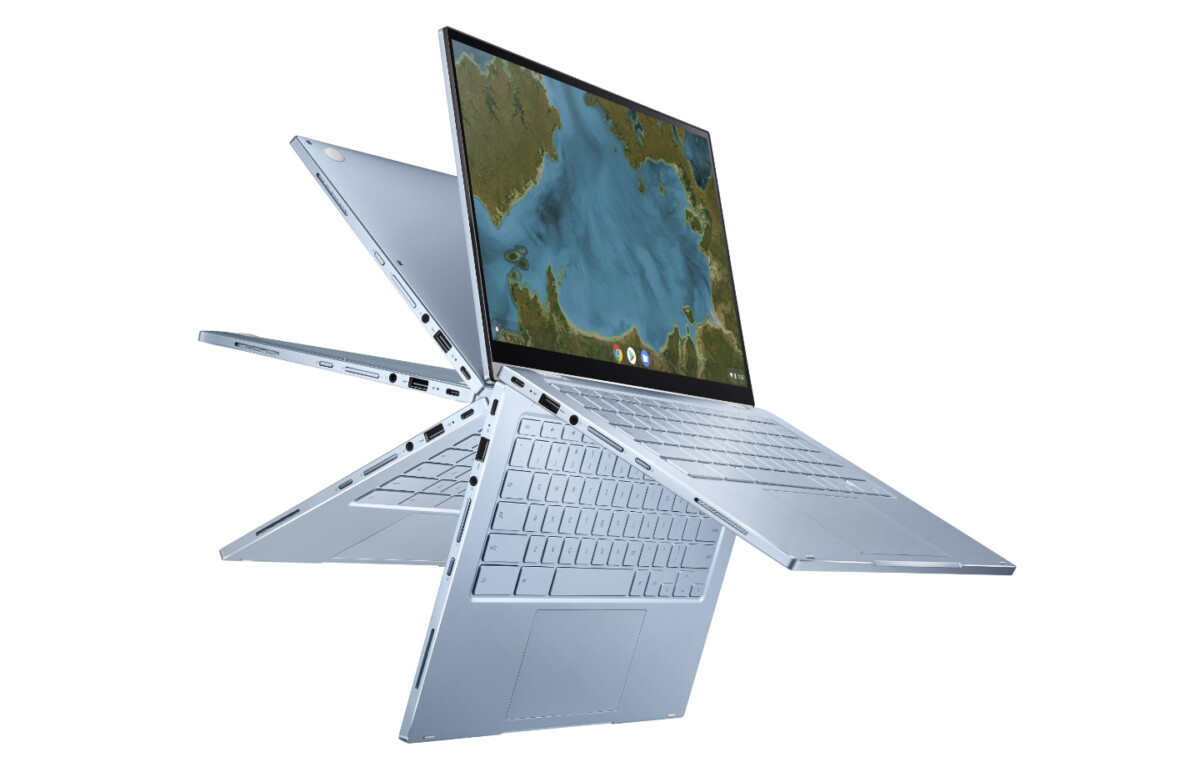 Finally, this particularly bright Full HD panel is tactile. Coupled with a 360 ° hinge, it allows the Asus Chromebook Flip C433 to transform into a touchscreen tablet. An option that not only improves mobility but also makes it easier to get started for children who would like to play or watch content.

As well thought out for work as for entertainment

When we look at its technical sheet, the Asus Chromebook Flip C433 is placed like a high-end Chromebook. Thus, its Intel Core M3 processor, its 8 GB of RAM and its 128 GB SSD storage make it capable of handling the most demanding tasks without losing fluidity, such as image editing. 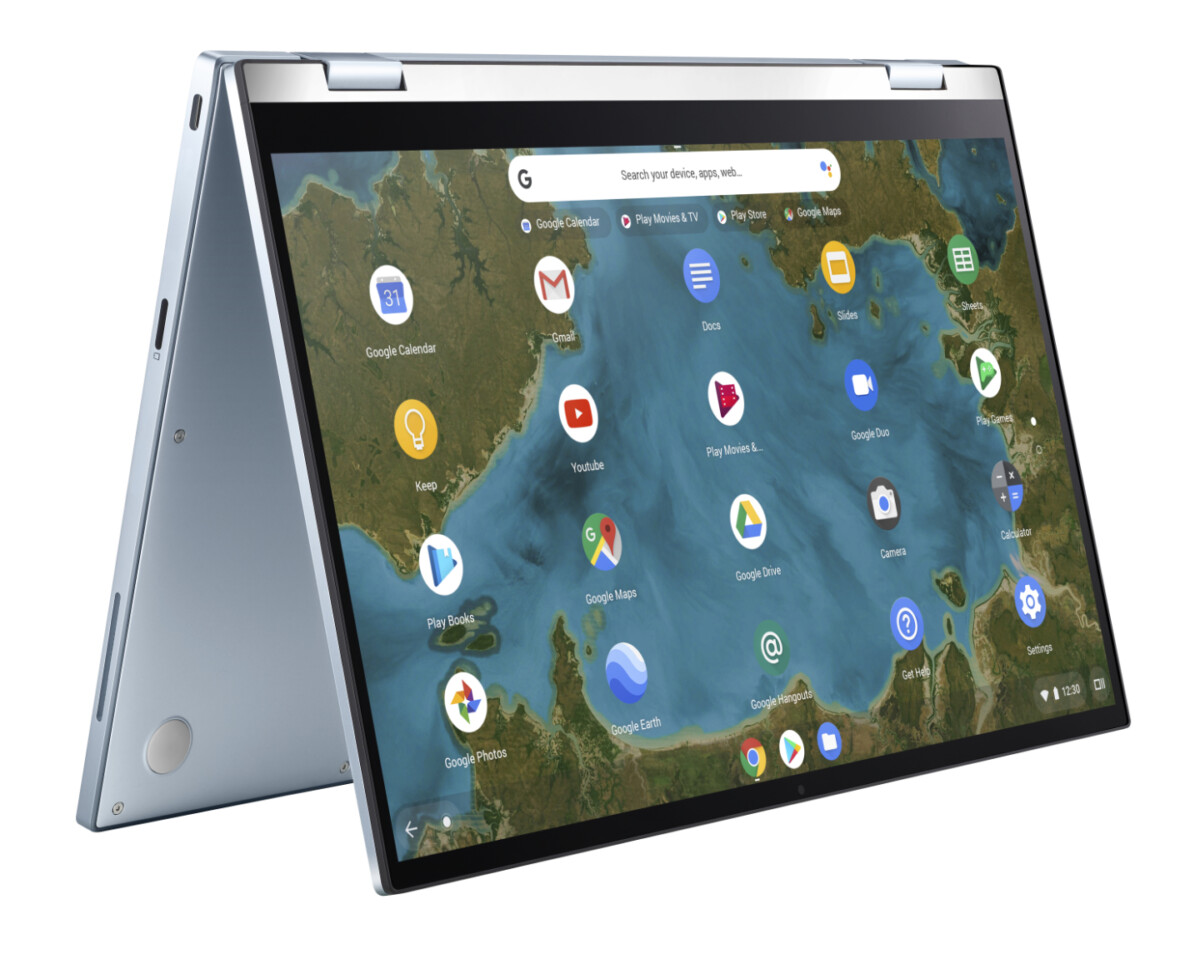 Video game enthusiasts are not left out since they can chain long gaming sessions on one of the hundreds of titles available on the Google Play Store, including Hearthstone or Among Us. Although its graphics chip is not capable of running AAA games like Cyberpunk 2077, the Asus Chromebook Flip C433 is an excellent support to take full advantage of streaming game services, like Google Stadia or Nvidia GeForce Now. . 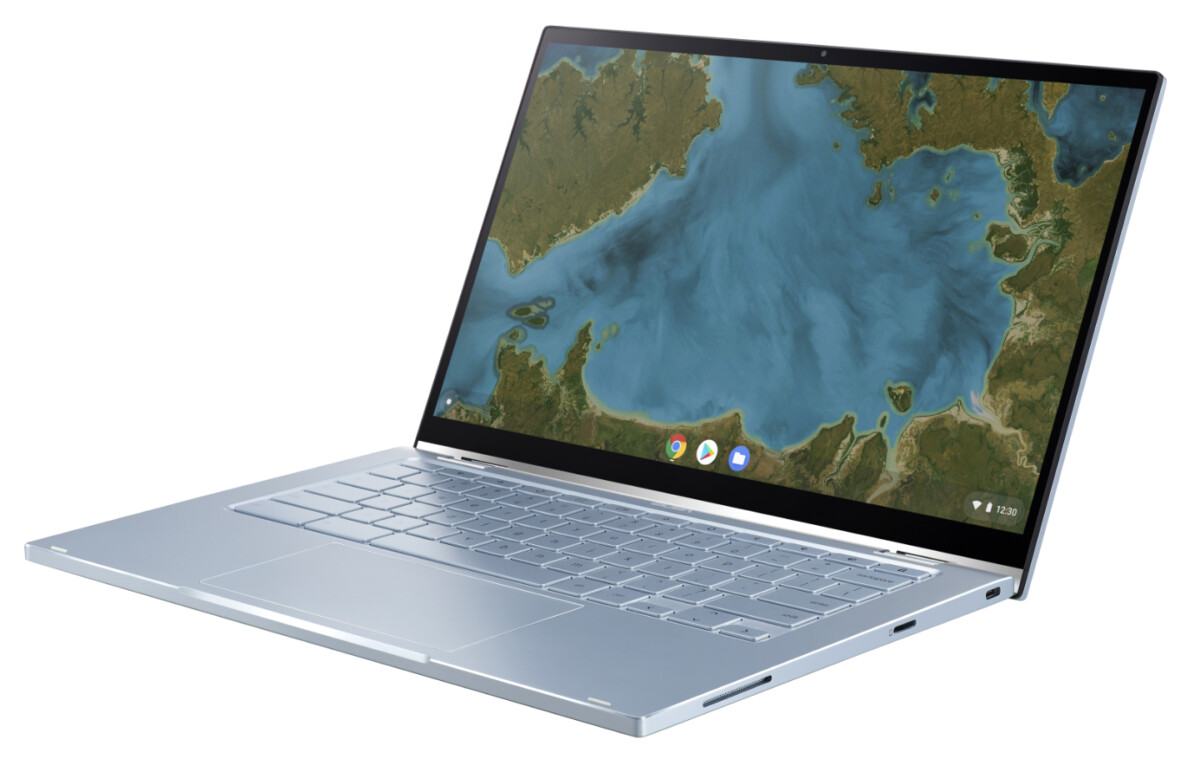 Being a Chromebook, the Asus Flip C433 uses Chrome OS, the operating system imagined by Google. Entirely built around the Cloud, Chrome OS maintains its performance over time, thanks to automatic updates in the background. It also has an antivirus already integrated and free, thus offering excellent native security.

Chrome OS also allows the Asus Flip Chromebook C433 to boot in just a few seconds. Finally, thanks to the Google Play Store available on Chromebooks, you can download your favorite work or leisure applications as you do on a phone or other device. 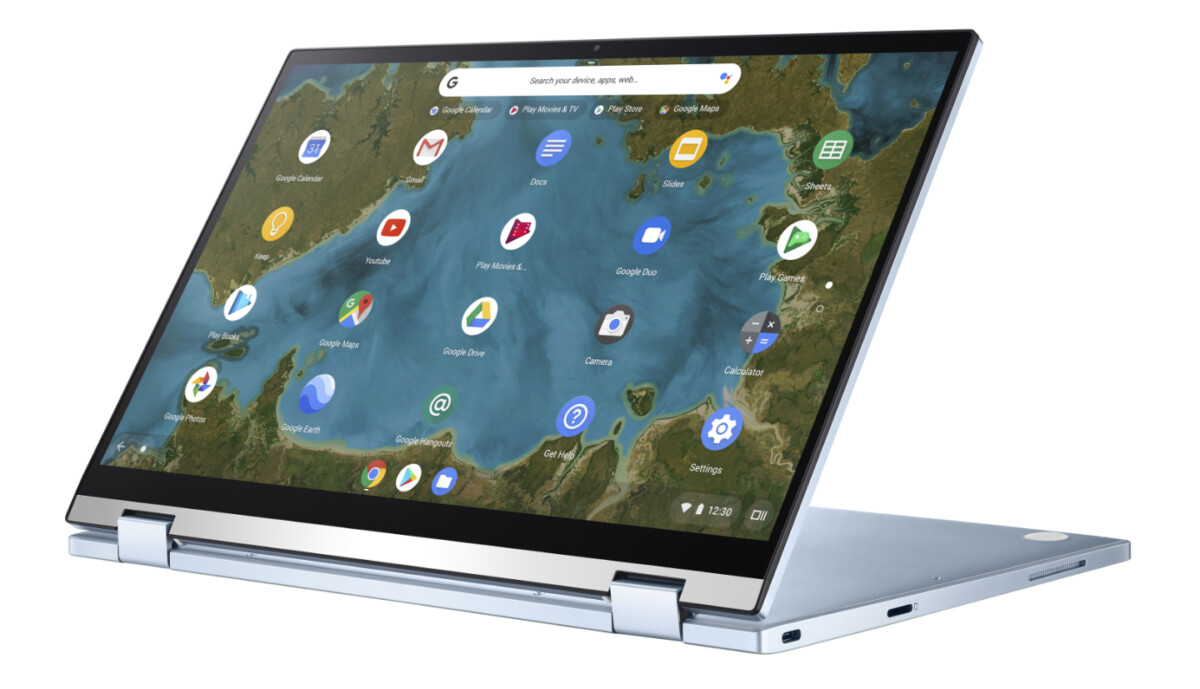 The Asus Chromebook Flip C433 also has the advantage of enjoying a very long battery life since it can last 10 hours before finding an electrical outlet. Charging is done via the USB Type-C plug located on the side of the machine.

A reduction of 100 euros for members

Very well balanced, the Asus Chromebook Flip C433 also benefits from a reduced price at Fnac. Thus, the famous brand offers a 100 euros reduction to members of the Fnac + card. This means that the Chromebook displays a price of 599 euros, against 699 euros usually.

Subscribe to Fnac + program de la Fnac does not only allow regular reductions on many products. Billed € 9.99 the first year (then € 14.99 / year), the Fnac + card provides access to free and unlimited delivery, both in one working day and by appointment, and even in two hours by courier. What is more, each purchase allows you to fill an online kitty, the amount of which is to be used at Fnac for future purchases. Finally, you have exclusive access to private sales and member weekends to take advantage of new business.